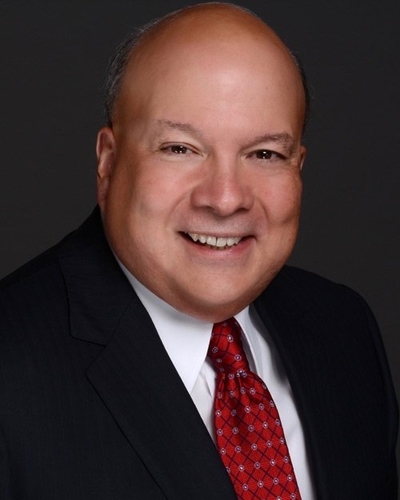 So, when he began his own legal career, he wanted to return the generosity he received as a student.

“It all had to do with the fact that if somebody out there, or several people out there, had not donated money to Notre Dame for scholarships when I got admitted, I would not have had the opportunity to go there,” Gamba said. “And I felt that when it got to the point that I was able to do so financially, I wanted to do the same thing to help other people.”

Along with his wife, Gamba funds the Ana Maria and Tomas Gamba Law Fellowship, which provides tuition assistance for students pursuing a law degree. So far, six Notre Dame Law students have received the fellowship.

Gamba was born in Cuba, where both of his parents were lawyers. But when the family left for the U.S. in 1960, they were unable to practice law. They took a variety of jobs and settled in Elkhart, Indiana.

Gamba’s parents both became teachers, and worked at Penn High School in Mishawaka, Indiana. As a Penn student, Gamba dreamed of going to college nearby at Notre Dame. Despite good grades, he was not accepted. Instead, he studied international affairs at Georgetown University’s School of Foreign Service.

His chance to attend Notre Dame came four years later when he enrolled at the Law School in 1973.

At Notre Dame, he found a community that inspired him to use his education to serve.

“Notre Dame, when you look at their promotional materials, they say they mint a different kind of lawyer. And it’s not just a cliche,” he said. “When you look at the number of students who go on to public service jobs, it’s much, much higher than just about any other law school. And it’s a school that talks about social justice. When I got my law degree, I felt it was not just a means to go out and make money. It is a privilege to be used to change people’s lives for the better.”

Help people is exactly what Gamba did, both at Notre Dame and after graduation. While still in law school, he volunteered with the Michigan Migrant Legal Assistance Project, where he provided legal services to migrant farm workers in Berrien Springs, Michigan. After his 2L year, he worked for Legal Services of Greater Miami.

“With both Legal Services here in Miami during the summer and the Michigan Migrant Legal Assistance Project, I had tasted what it was like to be a legal services lawyer, and I liked it,” Gamba said. “And that’s what I decided to do.”

Legal Services of Greater Miami offered Gamba a job after graduation. He didn’t interview anywhere else during his 3L year, and he has remained in the Miami area for his entire career. Gamba stayed in legal services for about two and a half years before entering private practice, where he has focused on medical malpractice and personal injury plaintiff representation.

Throughout his career, Gamba has relied on the values he developed at Notre Dame Law School.

“There are law schools that never speak about justice. They just teach you the law. Somebody wins, somebody loses,” he said. “But there’s a whole other component of doing the right thing that Notre Dame instills in its students.”

And that, he said, is why he gives back to the Law School.

“At Notre Dame, you learn civility and how to be an ethical lawyer. And you also learn that you can be successful while being both,” he said.

“You don’t have to be a jerk to be successful as a trial lawyer. You can be ethical. You can play by the rules, and you can be civil with one another. That’s something that, if I look back at Notre Dame and I look at all the qualities that I aspire to every day — to be civil, to be ethical, to do the right thing — I did get that. I learned those qualities at Notre Dame.”

With the fellowship, Gamba said he feels good about helping train another generation of ethical, passionate lawyers. And, he said, he has enjoyed getting to know the recipients of the fellowship, largely through the thank-you notes they write to him.

“You actually, in a sense, get to know the people who receive the scholarships,” he said. “They’re more than just a name.”