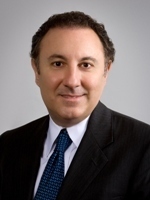 Tom Ajamie, who founded his own Houston and New York based litigation firm in 1997, was named one of 500 Leading Lawyers in America for 2014 by Lawdragon. Ajamie was featured as one of the “Heavyweights.” Lawdragon describes Ajamie as “one of the most prolific and successful anti-fraud courtroom crusaders, with billions of verdicts, settlements and awards under his belt and a full caseload in the post-financial crisis era.” His cases have been featured in the Wall Street Journal, The New York Times and the American Lawyer. Read more.