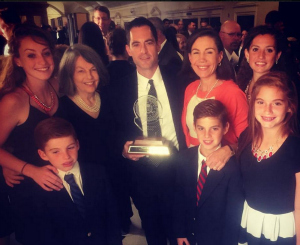 FBI Supervisory Special Agent, Thomas Olohan, received the FBI’s highest honor of the Director’s Award for Excellence in 2015 due to his work in a sensitive human source operation run jointly with the Department of Defense. Additionally, Olohan was honored with an Anti-Defamation League 2015 SHIELD Award for his role in an investigation that resulted in the incarceration of a US-based individual. The SHIELD Award recognizes major success in the fight against hate crimes, terrorism, and the protection of civil rights.