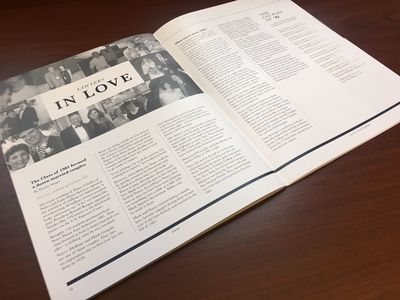 There was something special about 1981.

The royal wedding of Prince Charles of Wales and Lady Diana Spencer captured the attention of millions of Americans. A record-setting 30 million viewers watched Luke and Laura say “I do” on General Hospital. President Ronald Reagan appointed Sandra Day O’Connor as the first female justice on the U.S. Supreme Court.

Roughly 150 students graduated from Notre Dame Law School in 1981. That class formed at least a dozen married couples — a striking ratio by any standard.

Nancy (Helling) and Mark Gargula are one of those couples. They met on registration day as first-year law students in 1978.

Mark was sitting outside the Law School with a friend, enjoying the nice weather. He had just received his undergraduate degree from Notre Dame a few months earlier, so he was already familiar with campus and didn’t feel any urgent need to go inside to register.

“I was jabbing a bit at all the nervous 1Ls rushing in to register,” he recalled recently.

However, when Mark saw Nancy walk by, he quickly turned to his friend and said, “I think it is about time we get inside.”

There is some discrepancy about exactly how Mark secured his spot in line directly behind Nancy. According to Nancy, there may or may not have been some jumping or scrambling over a table or a bike rack. Mark disputes this account. Either way, he made it there.

Mark and Nancy started dating a month later, became engaged during their second year at the Law School, and married in the fall of 1981.

Chris Koenigs first spotted Jeanne Collopy at the Law School’s opening day party for first-year students. Chris claims it was love at first sight — at least for him. It took Jeanne a little bit longer.

After about a year, Chris finally worked up the nerve to put his newly developed persuasion skills to work and asked her out. She acquiesced. A couple years later, he asked Jeanne to marry him. They married in 1982, Chris said, “in the presence of many beloved Law School classmates.”

Maureen (O’Connell) and John Hurley are another Class of 1981 couple.

They also met in the fall of 1978 at the orientation picnic for first-year law students. During the picnic, John mentioned he had gone to Canisius College in Buffalo, New York, for his bachelor’s degree. Maureen was from the east as well, and they became friends. The started dating two years later and married in October 1982.

It wasn’t until the Class of 1981’s reunion in 2016 that Maureen and John Hurley realized how many married couples their class had produced.

No one is sure what it was about the class that led to so many nuptials. Some of the couples noted that first-year students at the Law School were divided into two sections back then, and students would have all of their classes with people from the same section. With that setup, students in each section really got to know each other.

Bob Cimala and Ellen McLaughlin became acquainted, thanks to being in the same class section. She always sat in the second-to-last row of her classes with her friends. He tended to sit in the last row with his friends. The rest, as she says, is history. They married in Chicago in 1985.

These Class of ’81 couples represent a diverse group of Notre Dame Lawyers. They live all over the United States. They are partners and shareholders at law firms, large and small. There is a prosecutor, a certified public accountant, and a few in-house counsels. A few are retired.

All together, the dozen couples have more than 30 children, including a handful who have already earned Notre Dame degrees. Most of the couples are empty nesters, and a few are grandparents.

Chris Koenigs is a trial lawyer at the law firm Sherman & Howard LLC in Denver. Jeanne Collopy was a corporate securities lawyer for 17 years before staying home to raise their five children.

Maureen and John Hurley live in Buffalo, New York. Maureen recently retired from Rich Products Corporation as the company’s executive vice president and chief administrative officer. John is president of Canisius College, where he was elected the college’s first lay president in 2010. The Hurleys have three children: Caroline, Brian ’13, and Millie.

And, while it remains a mystery what exactly caused so many members of the Class of 1981 to fall in love, all of the couples agree there is something special about the Notre Dame family.

“Part of being in the Notre Dame family is the friendships and relationships that you build,” said Nancy Gargula, who serves as a Notre Dame Law Association board member and is the incoming NDLA board president. “It has opened so many doors and opportunities.”

Maureen Hurley has also served on the NDLA board. Reflecting on the Law School’s mission of educating a different kind of lawyer, she said, “Look at the people who preceded us and our classmates. We are living meaningful lives and serving others. I have great respect, love, and admiration for Notre Dame. And its values are a fundamental part of that.” 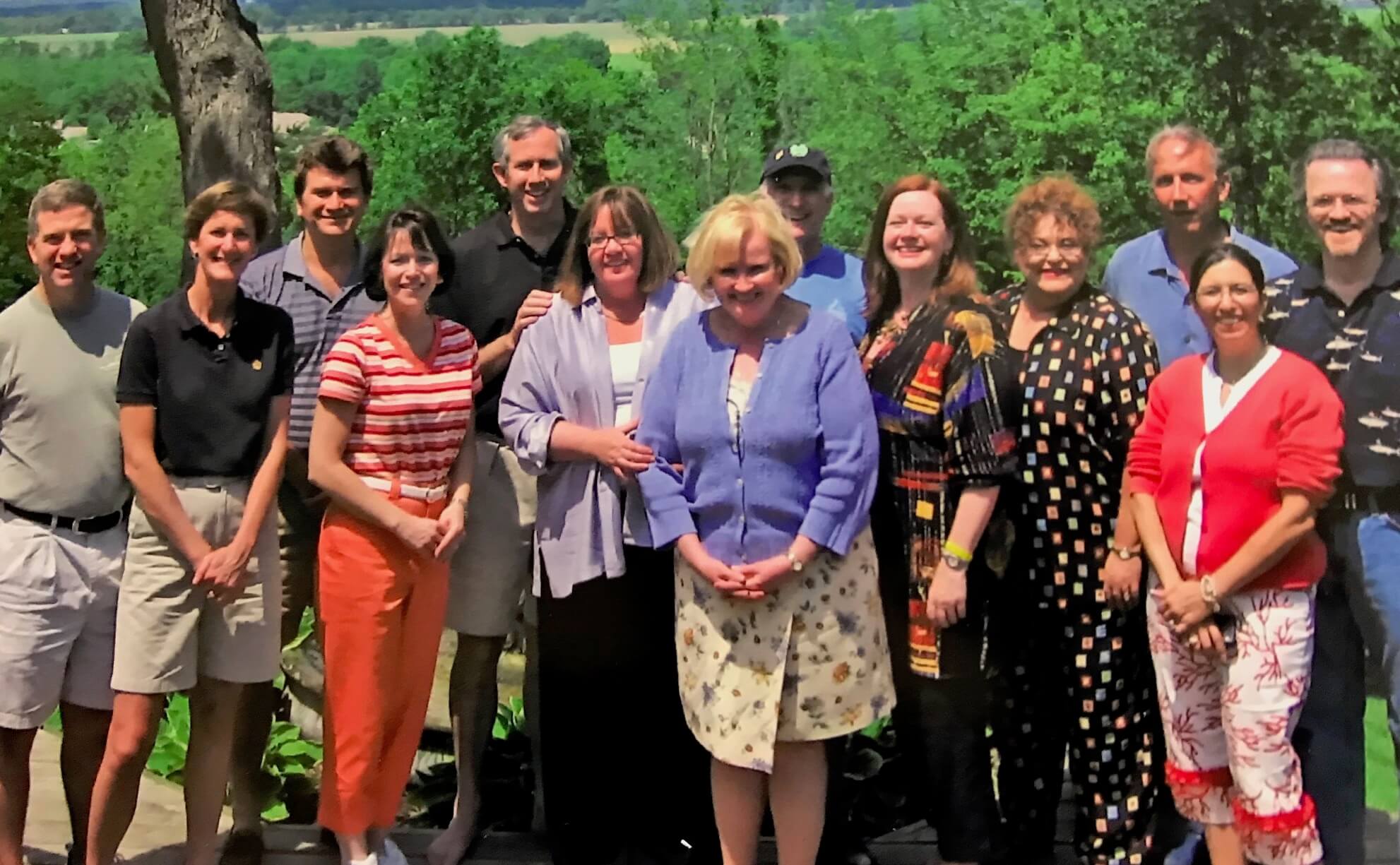 A number of couples and classmates from Notre Dame Law School's Class of 1981 stand with former Law School Dean Patty O'Hara at their 25-year class reunion in 2006.