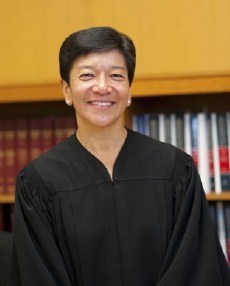 Washington state Governor Jay Inslee appointed Judge Mary Yu to the Washington state Supreme Court. Prior to this appointment, Judge Mary Yu had served on the King County Superior Court since her assignment in 2000. “The appointment of a Supreme Court justice is a responsibility I take very, very seriously,” Inslee said at a news conference. “Judge Yu has distinguished herself throughout her career.”

A 1993 graduate of NDLS, Yu previously served as a deputy chief of staff to the King County Prosecutor. She also worked for the Washington state Conference of Catholic Bishops and directed the Peace and Social Justice Office for the Archdiocese of Chicago. For additional news announcing her appointment, see the following links:
http://seattletimes.com/html/localnews/2023508800_yuappointmentxml.html
http://www.thenewstribune.com/2014/05/01/3174877/mary-yu-appointed-to-state-supreme.html?sp=/99/289/&ihp=1#storylink=cpy