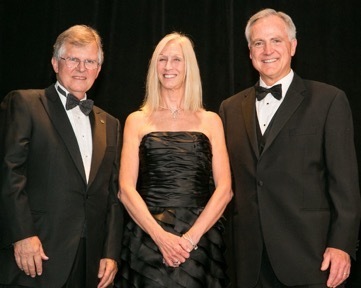 The National Academy of Construction has elected Lynn Schubert, '80 J.D., president of the Surety and Fidelity Association of America in Washington, D.C., as a member of its class of 2018, according to a press release. She was formally inducted on October 11 during the NAC annual meeting. The 2018 class includes 37 new inductees, chosen from a field of more than 300 leaders.

During the induction, the NAC cited Schubert as a leader who changed the image of the surety industry in the 21st century to one of industry advocacy, according to the release.

“Lynn Schubert is a strong supporter of subcontractors and minority and women-owned businesses,” said Wayne Crew, General Secretary of NAC, in the release. “Her executive leadership skills will help both the academy and the industry as we move forward.”