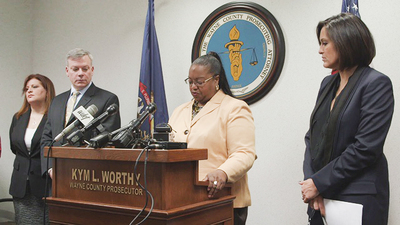 Kym Worthy ’84 J.D. has a reputation — that she doesn't back down from a challenge and that she uses the law to elevate her community and change lives.

Worthy is the prosecutor for Wayne County, Michigan, where Detroit is the county seat.

She presides over a staff of 150 attorneys and prosecutes more than half of the felony cases in Michigan. She’s the public face that took down Detroit’s corrupt former mayor, Kwame Kilpatrick.

Her latest high-profile victory has been the success of a years-long project to end Wayne County’s backlog of untested rape kits.

In 2009, Worthy’s office discovered that 11,341 untested rape kits were collecting dust in a police warehouse. Since then, she has been on a mission to test every single kit.

Worthy — described by Essence magazine as "the toughest woman in Detroit" — said she couldn't just look the other way after the kits were found.

"More than being in shock, I was mad," she said. "I was angry that here was something else negatively impacting the city and what we're trying to do in this office. I was angry for the thousands of victims who were attached to these rape kits, and I wanted to bring them justice."

She assembled a task force to investigate and prosecute offenders identified with the test results from the kits. The initiative has been able to raise money through government funding and grants from nonprofit organizations. 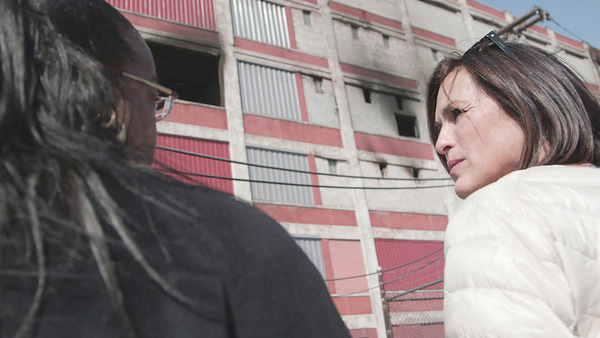 As of early 2018, the initiative had tested more than 10,000 kits. The test results led to the identification of more than 800 potential serial rapists and 144 convictions. DNA from the kits has been linked to crimes in 40 states and Washington, D.C.

In April, HBO released I Am Evidence, a documentary about the alarming number of untested rape kits in the United States. The film explores why there are more than 225,000 untested rape kits nationwide and what can be done to fix the problem.

Worthy is featured prominently in I Am Evidence as one of the people leading the charge to work through the backlog and pursue long-awaited justice.

For Worthy and others who call Detroit home, the rape kits were another setback in the city's sordid history of negative national headlines about government mismanagement. Although the city grapples with high rates of poverty, a struggling school district, and immense segregation, Worthy said there's also an energy in the city that things will turn around if enough people remain focused on doing what's right instead of what's easy.

As the Wayne County prosecutor, Worthy faces tough decisions on a daily basis, and she makes those decisions on a very public stage. But she doesn't let public opinion bother her. She remains focused on doing the right things for the right reasons.

"Every time you let the facts and the evidence guide you, you really can't go wrong. I can't worry about the other noise around me," Worthy said. "The minute that a district attorney or a prosecutor, especially an elected one, worries about how a case is going to affect them, that's when we're not going to be effective at what we do."

Learn more about I Am Evidence at www.iamevidencethemovie.com.