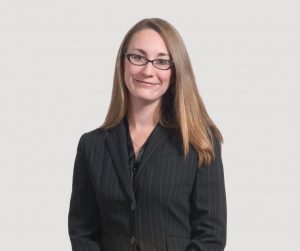 A Notre Dame Law School graduate is the new head of the Delaware Court of Chancery — a court that is recognized throughout the United States as the leading forum for settling corporate disputes.

Kathaleen McCormick ’04 J.D. was sworn in as the new Chancellor of the Court of Chancery on May 6. Delaware Governor John Carney nominated her for the judicial office, and the Delaware Senate confirmed her nomination.

The Court of Chancery is widely recognized as the nation’s preeminent forum for the determination of disputes involving the internal affairs of the thousands upon thousands of Delaware corporations and other business entities through which a vast amount of the world’s commercial affairs are conducted.

McCormick is the first woman to serve as Chancellor of the Delaware Court of Chancery.

She first joined the Court of Chancery as vice chancellor in 2018. Prior to joining the court, she was a partner in the Delaware law firm Young Conaway Stargatt & Taylor, where she focused her practice on litigating internal governance and corporate disputes, primarily in the Court of Chancery. Before entering private practice, McCormick was a staff attorney with the Community Legal Aid Society.

“I am honored by the confidence that Governor Carney and the Delaware Senate have placed in me,” McCormick said in a statement to the Delaware Business Times. “Although I am mindful that taking the reins of a court with such a distinguished history and worldwide profile will undoubtedly have its challenges, I approach this new role with optimism and enthusiasm.”

Read more coverage of McCormick’s appointment on Law.com and Law360.