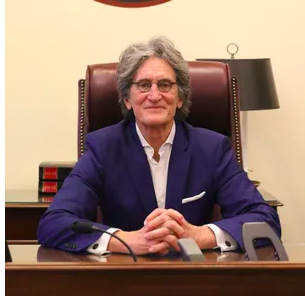 New Philadelphia Tuscarawas County Common Pleas Judge Edward O’Farrell retired January 1, 2021 from a 39-year judicial career that was inspired by a desire to bring more fairness into local courts. Judge O’Farrell, prior to attending law school, studied to become a Jesuit priest and served on an Indian reservation. Judge O’Farrell in a recent article stated: "I had an incredible experience as a young Jesuit.... That’s where the genesis of my desire to serve, as a lawyer, and then ultimately as a judge was born." Read more about Judge O’Farrell’s significant contributions to the judicial system in Ohio during his tenure on the bench.