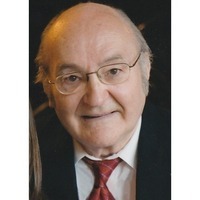 It is with a heavy heart that the law school announces the passing of William “Bill” Harte in Chicago on November 17, 2021. Harte was known as one of the best trial lawyers in Illinois, but he will be remembered as much for his life outside the courtroom as his many legal victories inside. Harte was a three sport athlete at Quincy College where he later earned a spot in the QU Hall of Fame. After serving in the Army, Harte earned his law degree from Notre Dame Law School. Soon after Harte opened William J. Harte, Ltd. where he went on to have tremendous successes in almost every area of the law. His accomplishments defined or established new legal tenants in areas as diverse as attorney discipline, aviation law, civil rights, class action, criminal and constitutional law, human rights, judicial discipline, probate, reapportionment, voting rights, workers compensation and zoning. As accomplished as Harte was in the legal profession, his greatest pride was his support for the many young people he encountered, employed, mentored, and championed. To read a beautiful tribute to Bill Harte, a life well-lived, view the obituary.