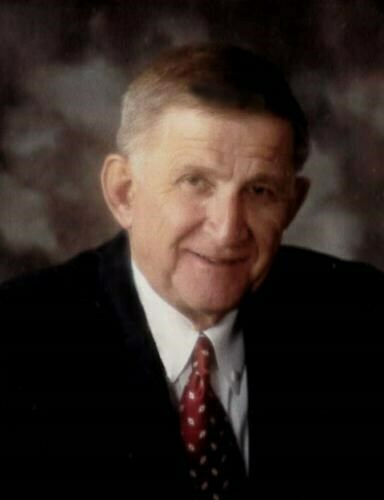 It is with deep sadness that Notre Dame Law School announces the passing of dear friend, alumnus, and longtime Law Advisory Council member Paul J. Polking. He passed away December 14, 2022, at the age of 85.

Paul was a devoted “Double Domer,” having graduated with a B.S. from the University of Notre Dame in 1959 and his J.D. from Notre Dame Law School in 1966. He was a current and active member of the Law Advisory Council since 1994, including years of service as president of the Advisory Council.

Paul had a successful legal career, culminating in his service as the executive vice president and general counsel of Bank of America. He was a member of the Bar of the Supreme Court of the United States, and a member of the Knights of Malta. He was awarded an honorary Doctor of Laws from Belmont Abbey College, and the President’s Award from the North Carolina Black Lawyers Association.

“For me, personally, Paul Polking was a delight,” said Joseph A. Matson Dean and Professor of Law G. Marcus Cole. “Despite illness, distance, and the pandemic, Paul participated in Advisory Council meetings and gatherings, always with cheerful support of our efforts to make Notre Dame Law School the best it can be for our nation, our Church, and our world.”

Arrangements include visitation from 6:30 to 8:30 p.m. on Monday, December 19, in the Activity Center at St. Vincent de Paul Catholic Church, 6828 Old Reid Road, Charlotte, North Carolina. A rosary will be held at 7:30 p.m.

A Funeral Mass will be held at 10 a.m. on Tuesday, December 20, at St. Vincent de Paul Catholic Church.

Interment will follow at 10 a.m. on Wednesday, December 21, at Belmont Abbey Cemetery in Belmont, North Carolina.

“I ask the entire Law School community to join me in praying for the Polking family, including Joan, their children, and their grandchildren,” Dean Cole said. “We will miss him.”