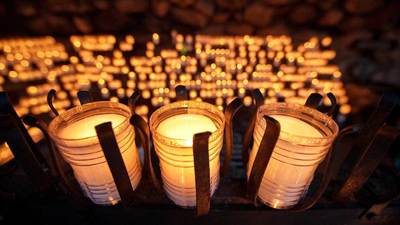 Judge Diana Lewis, a member of the University of Notre Dame’s Board of Trustees for 27 years, died Wednesday (Oct. 20) in West Palm Beach, Florida. She was 68.

“Diana was a trusted, wise and valued member of our Board who was especially committed to ensuring and enhancing the Catholic character of the University,” Notre Dame President Rev. John I. Jenkins, C.S.C., said. “We join with her many loved ones and family members in mourning her passing. May God grant her eternal rest.”

A native of West Palm Beach, Lewis first attended college at the University of Dallas and then transferred to Notre Dame when the University admitted undergraduate women in 1972. The University’s Lewis Hall is named in honor of her grandfather Frank, a noted philanthropist who funded the construction of numerous Catholic churches and hospitals as well as buildings at several Catholic universities.

After earning a bachelor’s degree from Notre Dame in sociology in 1974, Lewis received a master’s degree in guidance and counseling from Florida Atlantic University. She then worked for three years as a counselor in Notre Dame’s Office of Undergraduate Admissions before enrolling in Notre Dame Law School, from which she graduated in 1982.

Lewis returned to her home state and practiced law for 20 years, focusing on medical malpractice and product liability defense.

Like her father, a longtime Florida state senator, she decided to pursue public service, campaigning for and winning election to the 15th Judicial Circuit Court in West Palm Beach, where she served for 12 years with assignments in the probate and foreclosure divisions.

After serving on the Notre Dame Law School Advisory Council, Lewis was elected to the University’s Board of Trustees in 1994. From 2009 to 2019 she served as a Fellow of the University, Notre Dame’s ultimate governing body that is composed of six members of the Priests Society of the U.S. Province of the Congregation of Holy Cross and six lay people. The Fellows have a particular duty to ensure that the University maintain its essential character as a Catholic institution of higher learning.

In addition to her service to Notre Dame, Lewis was on the board of Catholic Relief Services, Our Lady of Queen of Peace Catholic Cemetery and the DePorres Place literacy organization; a member of the Guild of Catholic Lawyers, Foundations and Donors Interested in Catholic Activities and the Forum Club; and a past president of the Frank J. Lewis Foundation. She also was active in the Palm Beach County Bar Association.

Originally published by Dennis Brown at news.nd.edu on October 22, 2021.