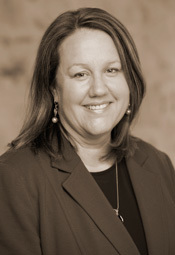 The U.S. Senate has voted 70-29 to confirm Elizabeth A. Wolford to serve on the U.S. District Court for the Western District of New York.

A 1992 graduate of NDLS, Wolford is a partner at Wolford Law Firm LLP in Rochester, where she represents clients in both federal and state courts in business, commercial, and employment litigation.

“She will be the first woman ever to serve on the federal bench in this district, taking the seat left vacant when District Court Judge Charles Siragusa took senior status in December,” said Sen. Chuck Schumer in a press release. Schumer had first recommended Wolford to the president for nomination. “Today’s overwhelming vote demonstrates that members of both parties recognize that Ms. Wolford’s qualifications are exemplary and her experience will serve well the people of the Western District Court.”

In addition to her law practice, Wolford is a past president of the Greater Rochester Association for Women Attorneys and has served on the Volunteer Legal Services Project and the board of Sojourner House at Pathstone, a transitional home for women in crisis.

At NDLS she was a research editor for the Notre Dame Law Review and published an article on lender liability for hazardous waste disposal.