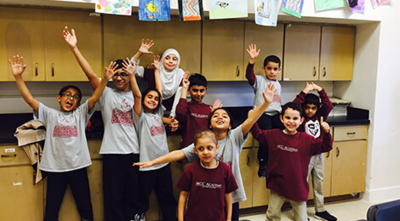 Notre Dame Law School’s Religious Liberty Initiative filed an amicus brief in the U.S. Supreme Court yesterday (March 11), representing the Council for Islamic Schools in North America, Partnership for Inner-City Education, and Union of Orthodox Jewish Congregations of America. The case is an important parental choice case, Carson et al v. Makin, that seeks to reaffirm that the First Amendment’s Free Exercise Clause precludes discrimination against faith-based schools. In the case, three Maine families are challenging Maine’s exclusion of religious school options from the state’s school choice program. The program provides tuition support for eligible parents to send their children to private secular schools, but denies that same support to other families who chose religious schools for their children.

The First Circuit ruled that Maine’s exclusion of faith-based school was constitutionally permissible, reasoning that the program does not bar schools from receiving funding based on religious identity alone, but on use of tuition for religious instruction in the schools. The brief filed by John P. Murphy Foundation Professor of Law Nicole Stelle Garnett and Paul J. Schierl/Fort Howard Corporation Professor of Law Richard W. Garnett, along with the Religious Liberty Initiative student cohort, challenges the application of this “status/use” distinction.

“Central to these schools’ religious and educational missions is the integration of faith throughout all aspects of their educational programs, making the status/use distinction employed by the First Circuit below both unworkable and discriminatory,” the brief states.

Nicole Garnett said, “Working on this case was particularly meaningful for me because, as a young attorney nearly 25 years ago, I participated in the first lawsuit challenging the exclusion of faith-based schools from the program at issue in the case. I hope that our contribution will help the Supreme Court to see the injustice of this exclusion. The lived reality of our clients’ schools demonstrates the unworkable and discriminatory nature of the First Circuit’s application of the so-called ‘status-use’ distinction.”

Brandon Winchel, a third-year law student who played a lead role on this brief, said, “One of the prominent themes highlighted in our brief is that religious schools of all faith traditions should receive equal protection under the law — a central guarantee of the First Amendment’s Free Exercise Clause. I am honored to have worked so closely with the faculty and my fellow classmates in the Religious Liberty Initiative on this project. Experiences like this are why I chose to attend Notre Dame Law School.”

The Religious Liberty Initiative seeks to promote religious liberty through litigation for all faiths and peoples facing persecution by government, industry, or the judicial system — including this case, which sees the clinic working to protect the religious liberties of parents to choose schools for their children based on the best interests of the student — regardless of faith or religious affiliation.

Notre Dame Law School launched its Religious Liberty Initiative in the fall of 2020 under the leadership of Stephanie Barclay. The Initiative promotes religious liberty scholarship, coordinates events for thought leaders in this space, and will be starting a new Religious Liberty Clinic aimed at promoting religious liberty for people of all faiths. In just the past six months, students in the Religious Liberty Initiative cohort have already helped write briefs filed in the Northern District of New York, the Second Circuit Court of Appeals, and the U.S. Supreme Court, defending the rights of Muslims, Evangelicals, Orthodox Jews, and the Apache people.

Additional Quotes on the Amicus Brief

Kathleen Porter-Magee, Superintendent, Partnership Schools, said, "Partnership Schools is committed to providing excellent education rooted in the Catholic faith in Cleveland, Harlem, and the South Bronx. We are so grateful to the Notre Dame Religious Liberty Initiative for representing us in this fight for equitable access to public funding so that we can continue to serve our students!"

Leila H. Shatara, President, Council of Islamic Schools in North America, said, "The Council of Islamic Schools in North America (CISNA) is proud to have worked with Partnership for Inner-City Education and Union of Orthodox Jewish Congregations of America supporting a petition brought by Notre Dame Law School Religious Liberty Initiative. The amicus brief, dated March 2021, was filed with the U.S. Supreme Court and requests support for families who wish to consider religious schools as their choice without discrimination because they teach religion in addition to secular courses. CISNA advocates for equitable access for all students and hopes that the Supreme Court will support the religious liberties of parents to choose based on the best interest of their children."