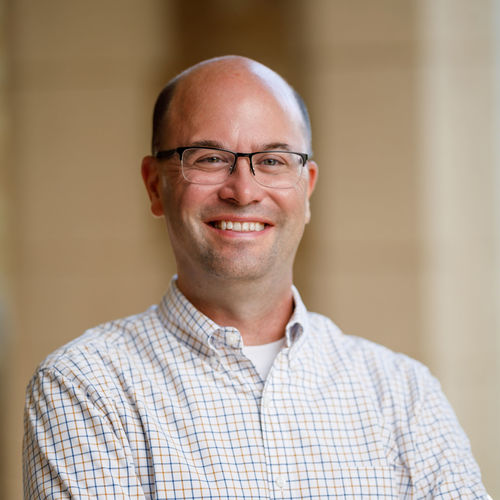 Professor Richard W. Garnett teaches and writes about the freedoms of speech, association, and religion and constitutional law more generally. He is a leading authority on questions and debates regarding the role of religious believers and beliefs in politics and society. He has published widely on these matters and is the author of dozens of law-review articles and book chapters. Garnett is regularly invited to share analysis and commentary in national print and broadcast media, and he contributes to several law-related blogs, including Mirror of Justice and PrawfsBlawg.

He is the founding director of Notre Dame Law School’s Program on Church, State, and Society, an interdisciplinary project that focuses on the role of religious institutions, communities, and authorities in the social order. He served on the Notre Dame Task Force on Catholic Education, is a Fellow of the University’s Institute for Educational Initiatives, and consults regularly with the Alliance for Catholic Education.

Two There Are:  Understanding the Separation of Church and State (under contract with Cambridge University Press).

Neutrality and the Good of Religious Freedom:  An Appreciative Response to Professor Koppelman, 39 Pepperdine L. Rev. 1149 (2013).

“Two There Are”:  Understanding the Separation of Church and State, in M. Hogan & L. Frederking, eds., The American Experiment in Religious Freedom (2008).

Civic Unity and Religious Pluralism, 23 Const. Comment. 241 (2006) (reviewing Noah Feldman, Divided By God:  America’s Church-State Problem—and What We Should Do About It (2005) and Kevin Seamus Hasson, The Right To Be Wrong: Ending the Culture War Over Religion in America (2005)).

Freedom 'for' Religion: (Yet) Another View of the Cathedral, in Religious Freedom and the Law: Emerging Contexts for Freedom for and Freedom From Religion (Brett G. Scharffs, Asher Maoz, and Ashley Isaacson Woolley eds., Routledge 2019).

The Freedom of the Church”:  (Towards) an Exposition, Translation, and Defense, in Micah Schwartzman, Chad Flanders, & Zoe Robinson, eds., The Rise of Corporate Religious Liberty (Oxford University Press, 2016).

Religious Freedom and the Antidiscrimination Norm, in Austin Sarat, ed., Legal Responses to Religious Practices in the United States:  Accommodation and its Limits (Cambridge University Press, 2012).

Religious Freedom and (and in) Institutions, in Gerard V. Bradley, ed., Challenges to Religious Liberty in the Twenty-First Century (Cambridge University Press, 2012).

From First Street to the Speedway: NASCAR, Daytona, and Justice Thomas, in John Joseph Cassidy et al., Miller, Cassidy, Larroca and Lewin: Stories from an Amazing Law Firm of the Late Twentieth Century in Washington, D.C. (2019) (on file with author).

Freedom of Religion and the Freedom of the Church, Liberty Law Forum (Aug. 2014) (http://www.libertylawsite.org/liberty-forum/freedom-of-religion-and-the-freedom-of-the-church/).

The Freedom of Association, in S. Schechter, ed., Encyclopedia of American Governance (2015).

Section 666, The Spending Power, and the Federalization of Criminal Law: Salinas, Fischer, and the Way Ahead, The Champion (May 2001) (with John P. Elwood).

Does the Constitution Permit Federal Prosecution for the Arson of a Private Residence?, 6 A.B.A. Preview 331 (March 8, 2000).

Are Payments to a Hospital for Services Provided Medicare Beneficiaries “Benefits” Under the Federal-Program Bribery Statute?, 5 A.B.A. Preview 251 (February 5, 2000).

Principles or Improvisations?  Why (and How) the Justices Should Reject Anti-Religious Discrimination, SCOTUSblog (Sept. 18, 2019).

Why Lawsuits Against Catholic Schools Should Fail, Indianapolis Star (Aug. 11, 2019).

When It Comes to Abolishing the Death Penalty, Who Should Decide?, America (June 29, 2015).

Should Washington Set Out To Change Religious Beliefs?, USA Today (May 20, 2015).

Religious Pluralism, Civic Unity, and the Judicial Role, SCOTUSblog (May 8, 2014).

Why To Scrap the Contraception Mandate, USA Today (November 28, 2011).

How the No-Establishment Rule Does (and Does Not) Protect the Freedom of Conscience, Public Discourse (April 3, 2009).

What Would Lincoln Do?  A Test for the Roberts Court, The Weekly Standard (Oct. 16, 2006) (with Michael Stokes Paulsen).

Disrobed!  Actually, They Think for Themselves, The Washington Post (July 1, 2001).

Professor Garnett consults regularly with legislators and legislative staff on matters relevant to his scholarly interest and expertise.  He was also invited to testify before the United States Senate:

Beyond the Pledge of Allegiance:  Hostility to Religious Expression in the Public Square. United States Senate Judiciary Subcommittee on the Constitution, Civil Rights, and Property Rights (June 8, 2004).

Professor Garnett consults regularly with litigators and is a signatory to many amicus curiae briefs regarding questions relevant to his scholarly interests.  In addition, he is the author or co-author of the following:

Chabad-Lubavitch of Michigan v. Schuchman, No. 15-1005, Brief of the Catholic University of America, et al., as Amici Curiae in Support of Petitioners (authored with David M. Hyams).

Locke v. Davey, 540 U.S. 712 (2004), Brief Amici Curiae of the Becket Fund for Religious Liberty, the Catholic League for Religious and Civil Rights, and Historians and Legal Scholars in Support of Respondent (with Kevin Hasson, Roman Storzer, and Anthony Picarello).