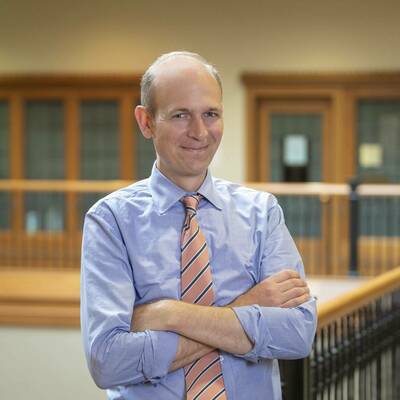 The American Law Institute is most known for its creation of Restatements of various areas of the law. As the Institute’s members develop these Restatements and similar resources in both existing and emerging areas, they have the opportunity to work with other eminent lawyers, judges, and academics, to serve the legal profession, and to contribute to the public good.

Bray joined the Notre Dame Law School faculty in 2018. His primary areas of research are remedies, equity, and constitutional law, and he frequently writes and speaks about national injunctions and other equitable remedies. He is a faculty fellow of both the Law School’s Program on Private Law and its Religious Liberty Initiative. He has testified before the Senate Judiciary Committee, the House Judiciary Committee, and the Presidential Commission on the Supreme Court of the United States.

“It’s an honor to be elected and join the company of so many learned and dedicated judges, lawyers, and scholars,” Bray said. “The work of the American Law Institute is relied on every day in courtrooms around the United States as a faithful description of what the law is. That fidelity is the source and sum of its authority.”

Bray is currently an advisor on the Restatement (Third) of Torts: Remedies.