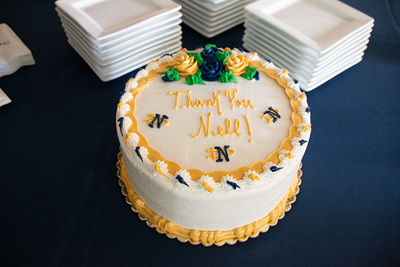 Notre Dame Lawyers across the country honored Nell Jessup Newton this spring as she concluded her decade of service as the Law School’s dean.

G. Marcus Cole, the Law School’s new Joseph A. Matson Dean and Professor of Law, began his term on July 1.

Scroll down the page to see photos and descriptions of this spring's alumni events and find links to photo galleries. 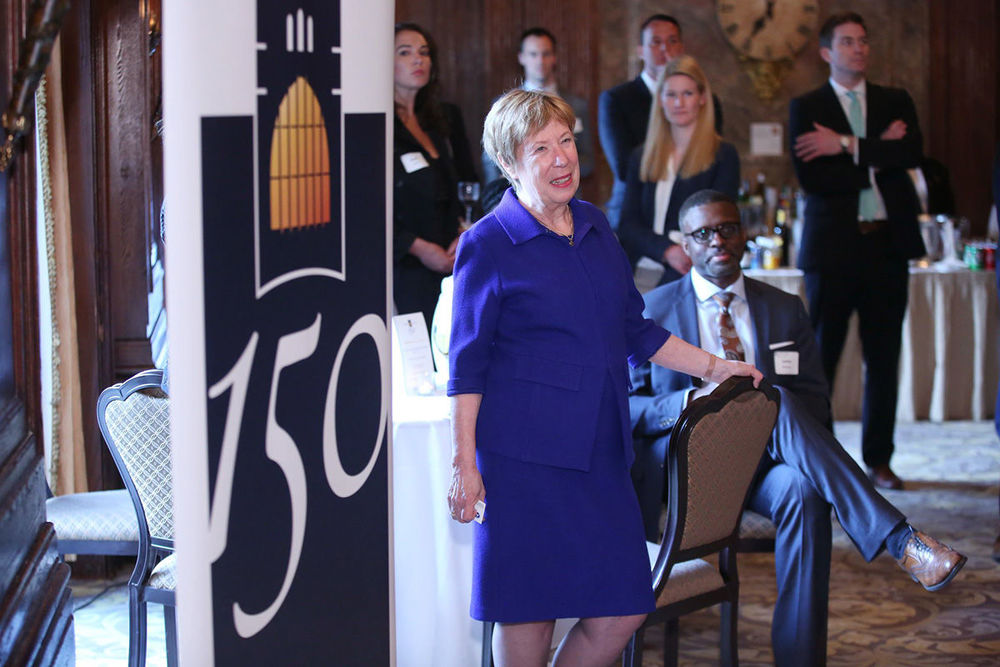 On April 10, the Notre Dame Lawyers of Washington, D.C., gathered at the Army & Navy Club to celebrate Newton. About 100 alumni were on hand for the event. Tom Yannucci ’72, ’76 J.D., a partner at Kirkland & Ellis LLP, introduced Newton, who went on to thank the D.C. lawyers for their support. She highlighted the Law School’s ongoing D.C. externship program as a wonderful example of the many ways that Notre Dame alumni assist students. 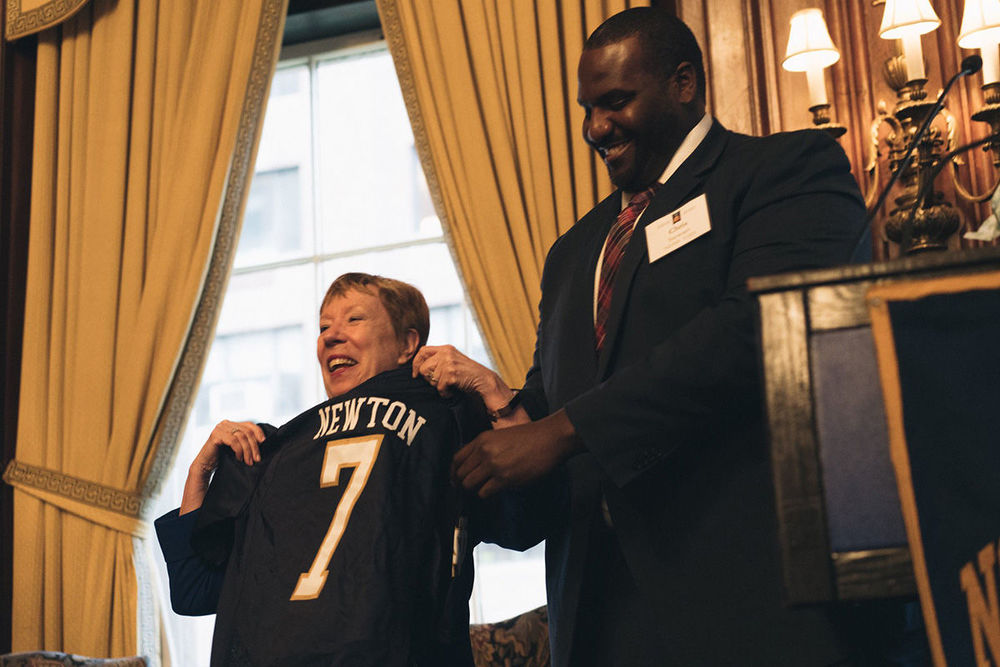 On June 12, the Notre Dame Lawyers of New York City gathered at the Union League Club for their ninth annual reception. More than 160 alumni, current students, and admitted students attended the event. Chris Stewart ’09, ’15 J.D., a former Fighting Irish football player and attorney at White & Case LLP, entertained the crowd with his heartfelt story about how Newton supported him as he fulfilled his dream to play football while earning a law degree from Notre Dame. 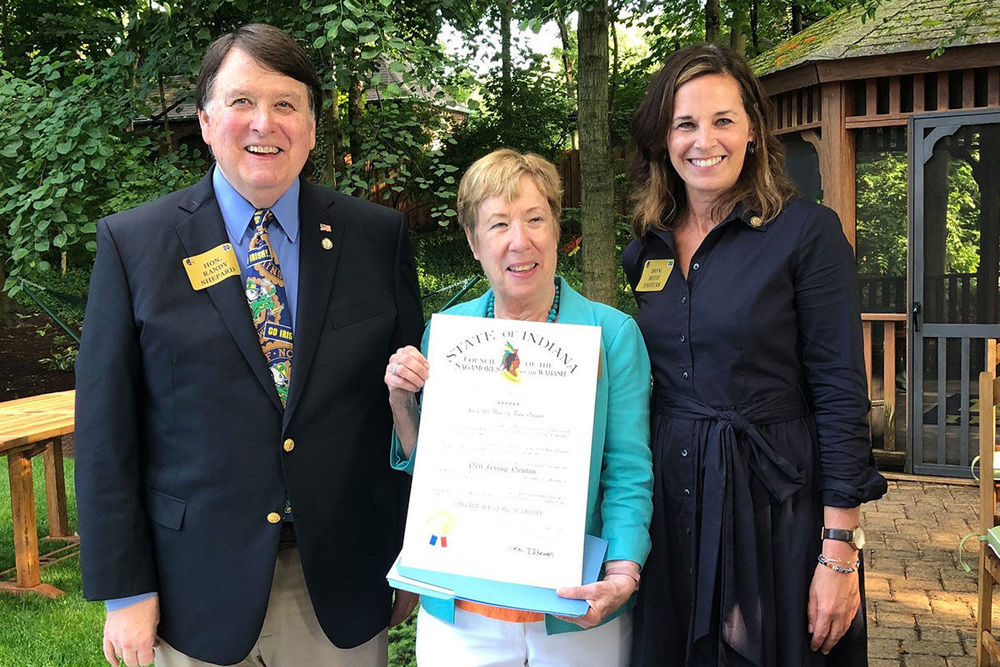 At the reception, Newton was awarded the highest honor conferred by the State of Indiana — the Sagamore of the Wabash, an award that is given as a personal tribute to those who have rendered a distinguished service to the state or the governor. The award was presented to Newton — as a surprise — by Indiana Court of Appeals Judge Elizabeth Tavitas ’85, ’90 J.D. and former Indiana Supreme Court Chief Justice Randall T. Shepard. 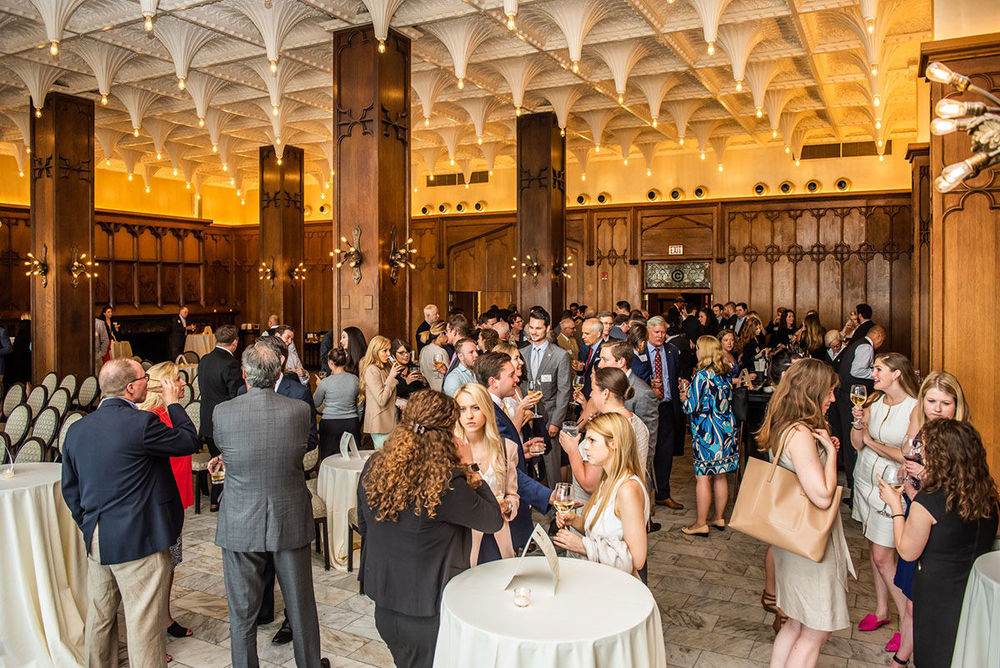 Alumni gather for the Notre Dame Lawyers of Chicago reception on June 27 at the Chicago Athletic Association.

On June 27, the Notre Dame Lawyers of Chicago gathered in the White City Ballroom at the Chicago Athletic Association. About 220 alumni, current students, and incoming students attended the event. The speakers were the Honorable Sheila O’Brien ’77, ’80 J.D., retired justice of the Illinois First District Appellate Court, and Patrick A. Salvi ’78 J.D., managing equity partner and chairman at Salvi, Schostok & Pritchard P.C.