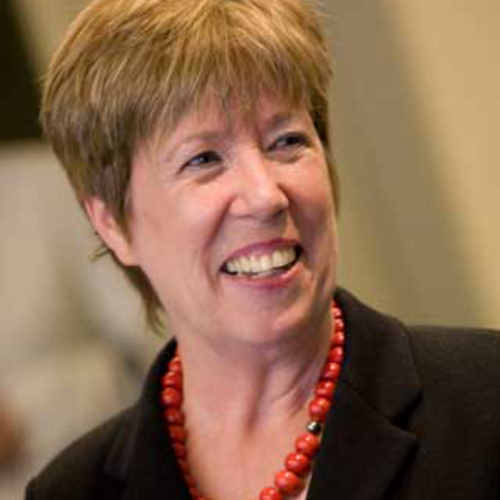 Professor Nell Jessup Newton is currently on leave while serving as interim dean and visiting professor at the University of Miami School of Law.

She served as Notre Dame Law School’s 10th dean from July 2009 to July 2019. She has been a leader in legal education for more than 20 years, having served on a number of committees examining legal education issues for the American Bar Association, the Association of American Law Schools, and the Law School Admission Council. She was a member of the Board of Trustees for the NALP Foundation for Law Career Research and Education from 2006 to 2018 and served as chair from 2014 to 2016. She is a prominent scholar of Indian Law and the editor in chief of Cohen’s Handbook of Federal Indian Law, the only treatise on the subject.

Under her direction, Notre Dame increased the size of the Law School faculty through lateral and entry-level hires and built curricular strengths in business and international law as well as intellectual property. The Law School also launched a Low-Income Taxpayer Clinic, a Community Development Clinic, and an Intellectual Property and Entrepreneurship Clinic that has been certified by the U.S.P.T.O. for patent and trademark cases, and eight new programs of study that allow students to develop an expertise in special areas of law and policy.

Newton oversaw the development of a three-year J.D./MBA dual degree and four new interdisciplinary programs that enrich the study of law by incorporating insights from other disciplines. During her tenure the Law School also expanded its LLM program to include foreign lawyers who wish to study in South Bend as well as in London.

Internationally, Newton worked with the Law School’s London Law Centre to open the school’s London program to students interested in spending a single semester in the UK as well as to those who are able to participate in full-year and summer programs. As part of an expansion of the international curriculum that includes a program of study in global law, the law school has also entered into student exchange programs in partnership with the Peking and Tsinghua University law schools in China, the Pontifical University of Chile, Bocconi University in Italy, Trinity School of Law in Dublin, and the University of Lucerne School of Law in Switzerland.

During her tenure, the Law School doubled externship offerings and developed externship programs based in the Law School’s facilities in Chicago and Washington, D.C. The programs enable Notre Dame students to live, work, and study in either Chicago or the nation’s capital. On the administrative side, Newton has worked to expand the Career Development Office to help students better plan and achieve their career goals, and worked with the school’s Law Advisory Council to increase the school’s Loan Repayment Assistance Program by more than 500 percent while also increasing student fellowship awards.