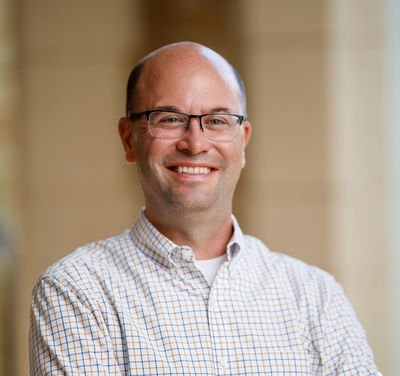 In a 7-2 ruling July 8, the Supreme Court of the United States said that employment discrimination laws do not apply to religious school teachers.

In two closely watched California cases, Agnes Morrissey-Berru sued Our Lady of Guadalupe School for age discrimination in 2016, while Kristen Biel sued St. James School after it did not renew her contract when she revealed she had cancer and needed time off for medical care.

With its ruling, the Supreme Court re-affirmed an important implication of our separation between church and state, according to Notre Dame Law School Professor Richard Garnett, director of the Notre Dame Program on Church, State & Society.

In “Hosanna-Tabor Evangelical Lutheran Church and School v. Equal Employment Opportunity Commission” in 2012, a teacher at a Lutheran school in Michigan said she was fired for pursuing an employment discrimination claim based on a disability. The court ruled the ministerial exception to anti-discrimination laws meant religious organizations couldn’t be sued for firing an employee classified as a minister.

“As it had eight years ago, the justices today emphasized that the First Amendment does not permit government officials or civil lawsuits to second-guess religious institutions' decisions about their teachers, leaders, ministers and doctrines,” Garnett said. “As Justice Alito, writing for the majority, reminded readers, ‘teachers at religious schools who are entrusted with the responsibility of instructing their students in the faith’ play a vital religious function, whether or not they hold a formal clerical title.”

Although the case involved a doctrine often referred to as "the ministerial exception,” Garnett says the court's ruling makes clear that it applies more broadly than to ordained clergy or full-time ministers.

“What matters, as Justice Alito noted, is what a particular employee does, and not simply what he or she is called,” he explained. “This ruling corrected the mistaken ruling by a lower court that had unduly narrowed a broad religious freedom principle into a cramped and mechanistic formula. However, the autonomy, mission and independence of religious institutions require more judicial respect for and deference to their decisions about religious matters. The question of whether a particular person should or should not be entrusted with a religious role or function is, necessarily, a religious question that civil and secular authorities lack the power to answer.”

In both cases, federal district courts ruled in favor of the schools, citing ministerial exception. But the U.S. Court of Appeals for the 9th Circuit reversed these decisions, saying the limited extent of the employee’s religious duties was insufficient to qualify for a ministerial exception.

“Today's important decision does not mean, as some suggest, that religious institutions are above the law or that they have a license to discriminate,” Garnett noted. “It means, instead, that a crucial dimension of our Constitution's religious-freedom guarantee is that civil powers are limited to civil matters and that the state lacks authority to second-guess religious decisions and doctrines."

Originally published by Shannon Roddel at news.nd.edu on July 08, 2020.