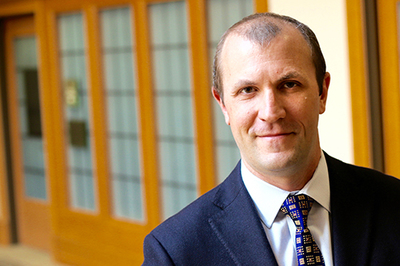 Professor Paul Miller has published a new book on fiduciary law — Fiduciaries and Trust: Ethics, Politics, Economics and Law — with Cambridge University Press. Miller edited the book with Professor Matthew Harding of the University of Melbourne in Australia.

Fiduciaries and Trust offers new interdisciplinary perspectives on the significance of different varieties of trust to fiduciary law, and to the integrity of relationships and institutions in which fiduciary principles and trust are salient. Legal, moral, social, political, and economic conceptions of trust and their bearing on fiduciary law are examined by contributors from a rich array of vantage points, including those of law, jurisprudence, moral philosophy, political theory, economics, psychology, and sociology.

Drafts of the chapters were presented at a workshop in Melbourne that was jointly supported by the Notre Dame Program on Private Law and Melbourne Law School.

Miller contributed a chapter entitled “Political (Dis)trust and Fiduciary Government.” Other chapters were contributed by:

The Notre Dame Program on Private Law collaborates on leading national and international research in private law. Drawing on the broad strength of Notre Dame faculty working in private law, the program has enabled the Law School’s rise to prominence as one of the leading centers for private law scholarship in the United States.