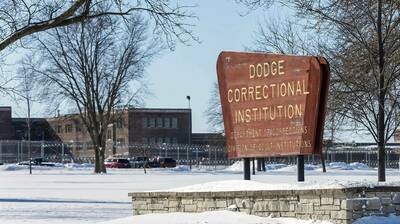 Notre Dame, IN — A Muslim man’s request to pray in accordance with the dictates of his Islamic faith was repeatedly denied by correctional officers in the Dodge County Detention Facility in Wisconsin. His case addresses the lack of religious accommodations made for practicing Muslims in prison systems.

The Notre Dame Religious Liberty Clinic filed an amicus brief in the Seventh Circuit Court of Appeals case Emad v. Dodge County yesterday. In Emad, plaintiff Mohamed Salah Ahmed Emad was denied permission to engage in congregate religious worship and prayer outside of his cell, two practices required of him by his Muslim faith. The brief asserts that the religious practice Emad seeks to engage in has been recognized and allowed in prisons throughout our Nation’s history.

Religious Liberty Clinic Legal Fellow Francesca Matozzo explained, “Congregate worship—including worship outside of a prisoner’s cell—has been allowed and promoted in prisons for centuries in the United States. Courts must account for this historically rooted and long respected right to worship in prisons.”

As part of his religious practice, Emad engages in daily prayer five times a day at prescribed times, a practice known as ‘salah.’ Islam requires Muslims, when they are physically able, to prostrate when praying, touching all of their limbs and forehead to the ground in order to show humility to God. Salah must be conducted in a clean and pure environment; prayer in any room with a toilet is prohibited because toilets are unclean spaces. Islam also compels attendance at weekly Jumu’ah, or congregational prayer, each Friday just after noon. Jumu’ah must be conducted with two or more people in a clean space.

As a result of Dodge County’s policy requiring personal worship to take place in a detainee’s cell, Emad prayed five times a day in his cell next to a toilet. He asked several officers if he could pray outside of his cell in an area without a toilet but his requests were denied. Dodge County did not offer Jumu’ah services or other religious programming aimed at Muslims but accommodated Christian group prayer.

John Meiser, Supervising Attorney of the Religious Liberty Clinic, said, “The history shows that Dodge County should have had no problem granting Mr. Emad’s requests. For centuries, prisons throughout the United States have safely accommodated a tremendous variety of religious exercise, including a diversity of group and prisoner-led religious practices. The idea that Dodge County could not do so flies in the face of this long standing tradition.”

The amicus brief was filed on behalf of the Becket Fund for Religious Liberty, a nonprofit, nonpartisan law firm dedicated to protecting the free expression of all religious traditions. It has represented agnostics, Buddhists, Christians, Hindus, Jews, Muslims, Native Americans, Santeros, Sikhs, and Zoroastrians, among others, in lawsuits across the country and around the world.

“The Religious Liberty Clinic’s thorough historical research confirms that prisons are not religion-free zones, and that religion has long been recognized as beneficial to both prisoners and to prison safety,” said Nick Reaves, counsel at the Becket Fund for Religious Liberty. “We at Becket are grateful to the Clinic and its students for their professionalism and outstanding work on this important case.”

“Working with Becket taught us how professional defenders of religious liberty plan a brief from beginning to end,” said Katie Alexander, a 2L in her first year of work with the Clinic. “It was a privilege to step into their shoes and argue for Emad's right to prayer.”