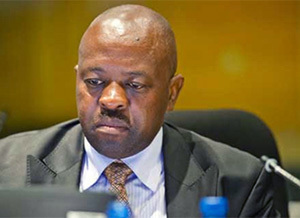 South African President Jacob Zuma has appointed Mbuyiseli Madlanga to the Constitutional Court of South Africa. Established in 1994 as the centerpiece of South Africa’s transition from apartheid to democracy, the Court is one of the world’s most respected tribunals, known and cited for its jurisprudence in many areas of human rights law, including capital punishment, housing, health care and other economic and social rights issues.

“This appointment is a recognition of Advocate Madlanga’s experience and talents as a jurist,” said Professor Paolo Carozza, director of the Center for Civil and Human Rights. “It is also an indication of the impact that our human rights degree programs continue to have around the world.”

In 1990, Advocate Madlanga received his Master of Laws (LL.M.) degree in international human rights law from Notre Dame Law School’s Center for Civil and Human Rights. He was among the first graduates of an innovative degree program founded in 1988, which has since graduated over 300 human rights lawyers from more than 80 countries.

Currently, Madlanga is evidence leader at the Farlam Commission of Inquiry, which is investigating the deaths of 44 miners during wage-related protests in August 2012.

In addition to his Notre Dame degree, Madlanga also holds a B Juris degree from the University of Transkei, where he was a awarded the Juta prize for best law student in 1981, and an LL.B. degree from Rhodes University.

In a statement released Monday, President Zuma said "I congratulate Advocate Madlanga SC on this appointment and wish him all the best in this new role of promoting constitutional justice in our country.”

The appointment is effective August 1, 2013.