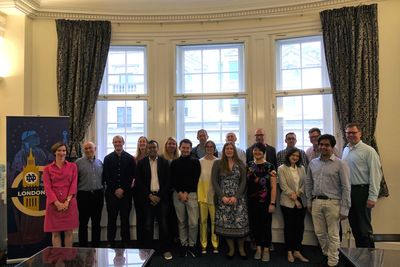 The series is edited by Paul Miller, associate dean for international and graduate programs at Notre Dame Law School, and John Oberdiek, professor of law at Rutgers Law.

The workshop and forthcoming volume feature the following papers:

The first volume of Oxford Studies in Private Law Theory will be published in summer or fall of 2020.

“John Oberdiek and I were absolutely delighted with the workshop and quality of the papers and discussions over them,” said Miller. “The inaugural volume will be first rate and we are truly grateful for the contributions of our authors and Advisory Board members.” Miller also lauded the venue and London Global Gateway team as instrumental to the success of the series launch.

Plans are already underway for the second volume and workshop, which will be hosted in 2021 by Rutgers and an international collaborating institution to be named.