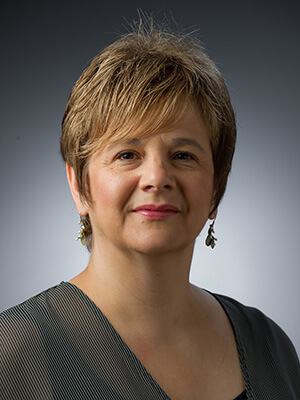 April is Fair Housing Month, and this year also brings the 50th anniversary of the Civil Rights Act of 1968, commonly referred to as the Fair Housing Act.

Intended to protect buyers and renters from discrimination, the Fair Housing Act was signed into law on April 11, 1968, by President Lyndon Johnson, prohibiting discrimination based on race, color, religion, sex, handicap, familial status, and national origin.

“It is a fitting time to look back at the law to remember why it was needed, what it has accomplished, and challenges that remain in the fight for equal access to opportunity in America,” said Notre Dame Law Professor Judith Fox, who directs the Law School’s Economic Justice Clinic. “Before the passage of this act, African-Americans were prevented from owning a home or renting a home through combinations of governmentally sponsored redlines, overt deed restrictions and racial animus.”

Unfortunately, Fox said, discrimination did not go away after the law was enacted — it just changed form.

“We moved from the overt covenants in deeds that prevented people from owning properties in white neighborhoods to racially discriminatory lending practices,” she said. “If you could find someone to sell you a home, you could not find a bank to lend you the money. With the sub-prime mortgage crisis, this process flipped. Banks were all too eager to offer minorities bad loans, and reverse-redlining was born. The generation of wealth gained in the immediate aftermath of the Fair Housing Act was soon lost in the recession of 2008.”

Fox organized an upcoming conference to be held Friday, April 20, at the Law School to commemorate the Fair Housing Act anniversary. As she was preparing for the event, she learned of an effort by two former Notre Dame law professors to enact an ordinance in South Bend several years before the Fair Housing Act. She called the related testimony she read “chilling.”

“Several African-American professionals, including doctors, scientists, teachers, and administrators, testified about being unable to purchase a home — or even be shown homes that were for sale,” she said. “One white woman testified about having rocks thrown at her house, a council member warning her that the police would not protect her family, and then having her second-grade child beaten to the point of internal injuries and hospitalization. Why? They had hired an African-American real estate agent and admitted that they would sell their property to a black family.”

While much has been accomplished, Fox said the battle is not yet won and the issues minorities face today are simply less obvious.

“African-Americans and Hispanics are still finding it hard to get loans,” she said. “Recent studies have been done in Detroit and Ann Arbor verifying the disparity. During the subprime crisis, multiple studies documented that African-Americans were given subprime loans, even though they qualified for prime loans. As a result, these loans were more likely to go into foreclosure.

“When the credit crunch hit, many of the small lenders that minorities relied on for mortgage loans closed or were consolidated into bigger lending institutions. As a result, it is very difficult to get a mortgage loan for under $100,000 in some communities, which disproportionately affects minority neighborhoods.”

Originally published by Shannon Roddel at news.nd.edu on March 27, 2018.