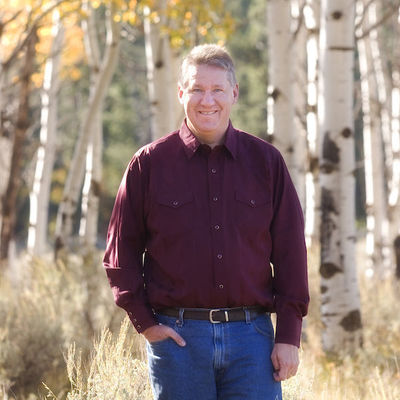 It is with a heavy heart that I announce that John Copeland Nagle, Notre Dame Law School’s John N. Matthews Professor of Law, died on May 18, 2019, after a short illness. He is survived by his wife, Lisa, and daughters Laura and Julia.

John was an exceptionally kind and thoughtful man, known for his love of family and the outdoors, and his deep concern for students. The affection and respect with which he was regarded by the entire Law School community is evident in the spontaneous outpouring of grief from faculty, students, and staff upon hearing the news of his critical illness.

It is difficult to find words that can convey what John meant to all of us. Rick Garnett put it most eloquently: "Like everyone who knew John, I'm crushed. He was a warm, kind, and decent man; an insightful and thoughtful scholar; a dedicated teacher and mentor; a generous friend; a loving father and husband; a winsome and inspiring Christian. He was the first person who welcomed me, in the summer of 1999, when I moved into my office at Notre Dame Law School, and I cannot imagine the school — or, really, my own life in the academy — without him."

John joined the law faculty as an associate professor of law in 1998 after beginning his teaching career at Seton Hall University Law School. He became a full professor in 2001, and soon thereafter, the Law School’s inaugural associate dean for faculty research from 2004 to 2007. He became the John N. Matthews Professor of Law in 2005. When I arrived in 2009, John was an essential part of our community. He possessed impressive credentials and stood out for that reason alone, but what struck me was what a humble and beautiful man he was, with a joy for life and love of his family and friends that uplifted any conversation he participated in.

Professor William Kelley said, “John was unfailingly gentle and kind, and endlessly generous — in thought, in word, and in deed. He lived Our Lord’s greatest commandments — to love God with all of one’s heart and soul, and to love one’s neighbor as oneself — as fully as anyone I’ve ever known. We will all miss his company, his good cheer, and his wisdom. But I’ll miss most of all his example, in small things and in large, of how to live a genuinely good life.”

John's scholarly passion was environmental law. He was a prolific and nationally regarded scholar, with articles published in journals such as the Yale Law Journal, the Columbia Law Review, the Michigan Law Review, the University of Pennsylvania Law Review, and the New York University Law Review. His books include “Law’s Environment: How the Law Shapes the Places We Live,” with Yale University Press and co-edited two casebooks on the subject, “The Practice and Policy of Environmental Law” and “The Law of Biodiversity and Ecosystem Management.”

John was active in organizing the annual meeting of the Law Professors’ Christian Fellowship and served as an elder in the Presbyterian Church. His deep faith and humility permeated his relationships with students, faculty, and staff, and influenced his scholarship as well. At his death he was working on a book examining how humility explains the relationship between Christian teaching and environmental law and another on the value of national parks.

Pepperdine Law Professor Derek T. Muller, who was taught and mentored by John at Notre Dame, will be a visiting professor at Notre Dame in the spring of 2020. He said of John, “It’s sometimes hard to think about how faith and vocation fit together for a Christian in any given discipline. But John lived a life committed to his faith and his God, and he thrived in his work. He saw God’s glory in all the world — it’s impossible to separate John’s passion for visiting national parks, for writing about the wilderness and rare animal species and protection of nature, unless one looks at his heart rejoicing in the beauty and awe of creation."

John was one of the most admired teachers and mentors at the law school. In addition to environmental law courses, he also taught courses on legislation, election law, constitutional law, property law, and torts. He taught outside the classroom as well — in talks with students in his office, on the St. Joseph River, where he took Father Mike Show raffle winners on canoe trips; and also in a middle school classroom, where he volunteered to teach once a week about the environment and the importance of national parks. He also served as the faculty adviser for the Law School's Christian Legal Society and the Environmental Law Society.

John was also an internationalist with a special interest in China. In 2002, he received a Distinguished Lectureship award from the J. William Fulbright Foreign Scholarship Board to teach environmental law and property law at the Tsinghua University Law School in Beijing. He received another Fulbright award to serve on the faculty of law at the University of Hong Kong in 2008. He has lectured on environmental, legislation, and property issues at numerous forums in the United States, Canada, China, England, Hungary, Ireland, Malaysia, and Scotland.

After a clerkship with Judge Deanell Reece Tacha of the United States Court of Appeals for the Tenth Circuit, John worked at the Department of Justice, first as an attorney in the Office of Legal Counsel where he advised other executive branch agencies on a variety of constitutional and statutory issues, and later as a trial attorney conducting environmental litigation.

John’s family was central to his life. As SBA President Luke Franz, one of John's students, put it when he addressed the entire assembly at the Law School's commencement ceremonies: “Professor Nagle always made quality family life a priority. Anyone who has taken one of his courses can tell you all about his family — especially his daughters — and how much love and joy he shared because of them.”

A memorial service is scheduled for Monday, June 3, 2019, at 3 p.m. Eastern Time at the Granger Community Church, 630 E. University Drive, Granger, Indiana. After the service, a reception will be held from 5 to 8 p.m. in Dahnke Ballroom in the Duncan Student Center on Notre Dame's campus.