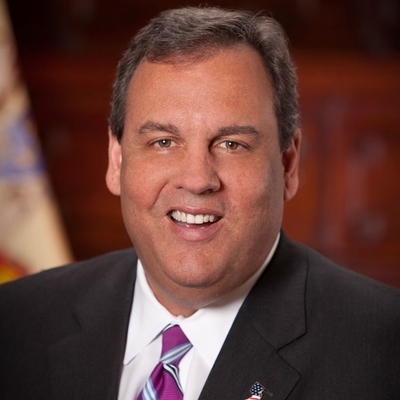 Christie served two terms as the 55th governor of New Jersey from 2010-2018 and was a Republican candidate for president of the United States in 2016.

Donning a Notre Dame baseball hat, Christie spoke from his home in New Jersey on a wide range of topics, including how he worked with the New Jersey bipartisan senate and state assembly to address difficult issues with legislation, the power of the New Jersey union system, and the need for pension and health benefit reform in the state. He gave his thoughts on the Covid-19 pandemic and the economy, his work on the opioid crisis, the role he played in widening the scope for sports betting in the United States, and his favorite Bruce Springsteen album (“Born to Run”).

“The Journal of Legislation was thrilled to welcome Gov. Christie and learn more about his experience as governor of New Jersey and chair of the Federal Opioid and Drug Abuse Commission. Over our 47-year history, we have published dozens of high-profile elected officials. But, we learn the most about the legislative process through candid conversations with policy makers," said Vaca.

Christie has seen legislation from every perspective. While a Republican governor, he was able to get several significant pieces of legislation passed with a Democratic state senate and assembly without partisan gridlock. He said, “It is one of the things I am most proud of during my eight years serving as governor.”

He credited this success to several factors, including building personal relationships, being willing to compromise, and using veto power. He said his office passed some legislation that would not have been his first choice, but it ended up being better than what would have happened if he had not negotiated. He added that veto powers available in the New Jersey legislature were powerful tools when negotiating with the other side. These include the line-item veto, where the governor can lower a budget number rather than just strike it, and the conditional veto, where the governor has the power to rewrite a piece of legislation and send it back.

He added that there needs to be a good balance between protecting public health and preventing permanent damage to the economy, saying, “Freedom of choice and opportunity have to balance with the issues of public health. You need to take smart educated steps to open up because you don’t want to permanently damage the economy.”

Christie has firsthand experience dealing with a major disaster. In October 2012, he sought support from the federal government and then-President Barack Obama to rebuild the state of New Jersey after Hurricane Sandy.

“President Obama did everything he could to support and help us rebuild. We worked very strongly together. I took heat from some in my party, but it was my job as governor to represent the people of my state, not the people of my party.” he said.

Although he holds no public office at this time, Christie is still involved and influencing national politics. He helped President Donald Trump prepare for the presidential debates in 2016 with Hillary Clinton, and is again assisting the president with debate preparation this fall. As chair of the President’s Commission on Combating Drug Addiction and the Opioid Crisis, his committee made 82 recommendations to the White House in 2017, all of which were accepted by the president. Christie said more than half of those recommendations have been implemented into law by Congress, including the SUPPORT Act.

A graduate of Seton Hall University School of Law and a former U.S. Attorney for the District of New Jersey, Christie offered advice to law students preparing for careers in state or federal prosecution or defense.

“All of these will serve you well no matter what you do with your career because being an effective oral advocate is something that is a treasured commodity in any business across this country that you participate in as an employee, so it is worth the time and the effort,” he said.

Christie also had advice specific to this year’s class of first-year law students. He encouraged students to use all safety and health measures, but to still build relationships with their peers and professors.

“Treat law school as a full-time job. If you put 9-10 hours a day into law school, you will do very well,” he said, adding that this year’s class has the advantage of having more time to work and study. And, he said, “that is a great gift.”