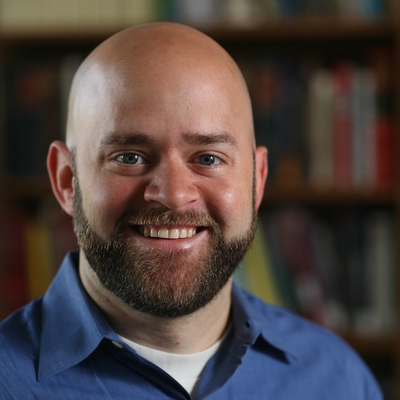 Harvard University Press has announced the publication of Professor O. Carter Snead’s new book, What It Means to Be Human: The Case for the Body in Public Bioethics.

Snead is a professor of law at Notre Dame Law School and director of the University of Notre Dame’s de Nicola Center for Ethics & Culture. He is one of the world’s leading experts on public bioethics — the governance of science, medicine, and biotechnology in the name of ethical goods.

Set for release October 13, What It Means to Be Human promises to propose “a vision of human identity and flourishing that supports those who are profoundly vulnerable and dependent — children, the disabled, and the elderly” and to analyze how that vision would affect three of the most complex issues in bioethics: abortion, assisted reproductive technology, and end-of-life decisions.

The Wall Street Journal listed What It Means to Be Human among the 10 best books of 2020.

Snead said the book makes two core claims: one methodological, and one substantive.

“First, it argues that because all law and policy aim to protect and promote the flourishing of persons, the richest, deepest, and most explanatory mode of analysis of public bioethics is anthropological, aimed at illuminating and critiquing the vision of human identity and flourishing that undergirds and animates legal doctrine, public policy, and politics,” Snead said.

“Substantively, the book argues that the anthropology anchoring the core vital conflicts of American public bioethics — the law of abortion, assisted reproduction, and end-of-life decision making — reflects what Charles Taylor and others have identified as ‘expressive individualism.’ This vision takes the person to be a mere atomized will whose highest thriving consists in interrogating the interior of the self to find his own unique transgressive ‘truths’ and to configure his destiny accordingly,” he said. “It is a vision that is ‘forgetful of the body,’ to borrow a phrase from Alasdair Macintyre, and thus cannot make sense of the lived realities of human embodiment — vulnerability, mutual dependence, natural limits, and our obligations to vulnerable others, including the disabled, the elderly, and children. As such, it is an unfit anthropological foundation for these vital conflicts that bedevil American public bioethics.”

What is needed, Snead said, is an anthropological “corrective” to resolve this asymmetry, and to integrate into public bioethics fitting goods, practices, and virtues suitable to governing a polity of relational, needful, finite, and embodied persons. Drawing upon MacIntyre’s “virtues of acknowledged dependence,” the book proposes the practices of just generosity, hospitality, misericordia (accompaniment of others in their suffering), gratitude, humility, “openness to the unbidden,” tolerance of imperfection, solidarity, dignity, and honesty. In other words, the virtues and practices of authentic friendship — where one embraces another’s good as his own.

“In short,” Snead said, “the book argues that by virtue of their embodiment, human beings are made for love and friendship, and if we are to govern ourselves wisely, justly, and humanly, American public bioethics — particularly the law of abortion, assisted reproduction, and end-of-life decision making — must be grounded in this truth.”

Advance reviews have been glowing, as this sampling demonstrates:

“This remarkable and insightful account of contemporary public bioethics and its individualist assumptions is indispensable reading for anyone with bioethical concerns. Whether you agree or disagree with Snead’s perspective, all will be in his debt for this critical work.” — Alasdair MacIntyre, author of After Virtue

“O. Carter Snead has written a brilliantly insightful book about how American law has enshrined individual autonomy as the highest moral good. He suggests an alternative foundation for contemporary bioethics, based on an understanding of human beings as social creatures, embedded in mutually dependent physical bodies. Highly thought-provoking.” — Francis Fukuyama, author of Identity: The Demand for Dignity and the Politics of Resentment

“Faulty anthropology makes for faulty law, especially when the subject is human life itself. Through a meticulous analysis of American legal cases touching the beginnings and ends of life, O. Carter Snead demonstrates how our entire approach to bioethical matters ironically ignores the lived reality and value of human embodiment, pointing the way to a richer approach that will promote social solidarity. A most significant achievement!” — Leon R. Kass, Chairman, President’s Council on Bioethics (2002–2005)

“What It Means to Be Human belongs on the desk of anyone concerned about the challenges ahead in the field of public bioethics. After taking a hard look at the flawed assumptions that shape most of today’s thinking, Snead outlines an approach firmly grounded in the complexity of human experience.” — Mary Ann Glendon, author of The Forum and the Tower

“Public bioethics has for too long labored under the illusion that its purpose is to maximize individual choice. Snead shows how this results in policies that are hostile to human beings as they actually are: essentially embodied, ever dependent on others, flourishing only when loving and being loved. This is required reading.” — Farr Curlin, Trent Center for Bioethics, Duke University