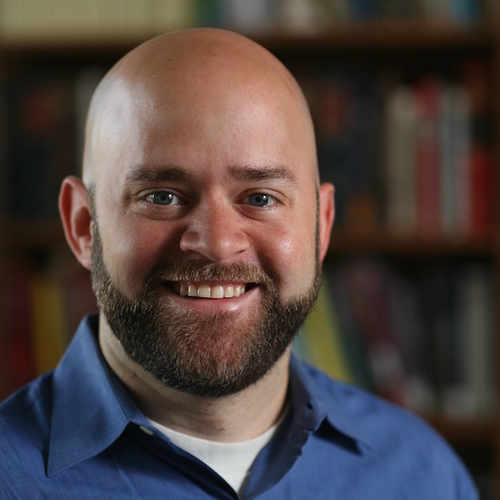 Professor Carter Snead is one of the world’s leading experts on public bioethics – the governance of science, medicine, and biotechnology in the name of ethical goods. His research explores issues relating to neuroethics, enhancement, human embryo research, assisted reproduction, abortion, and end-of-life decision-making.

He is the author of What It Means to be Human: The Case for the Body in Public Bioethics (Harvard University Press, October 2020), which was named by the Wall Street Journal as one of the “Ten Best Books of 2020;” in his review for the same paper, Yuval Levin called it “among the most important works of moral philosophy produced so far in this century.” In May of 2022, it was listed in The New York Times as one of “Ten Books to Understand the Abortion Debate in the United States.” Snead and the book received the 2021 “Expanded Reason Award” (given by Francisco de Vitoria University (Madrid) and the Joseph Ratzinger/Benedict XVI Vatican Foundation), and has been reviewed and discussed in such publications as the Wall Street Journal, The New York Times, New York Post, USA Today, Bloomberg Opinion, Il Foglio, Christian Post, The Review of Metaphysics, American Journal of Jurisprudence, America Magazine, First Things, The New Atlantis, Plough, The Boston Pilot, Public Discourse, Practical Ethics (Oxford University), Legal Ethics Forum, Church Life Journal, Law & Liberty, Angelus News, Mirror of Justice, Crux, Mars Hill Audio Journal, Mercator Net, BioEdge, Front Porch Republic, The National Catholic Register, The American Conservative, Fare Forward, Catholic World Report, The Gospel Coalition, Chronicles: A Magazine of American Culture, The Human Life Review, Eikon, Salvo, The Catholic Thing, The Daily Signal, and National Review.

Additionally, he has written more than 70 journal articles, book chapters, and essays. His scholarly works appear in such publications as the New York University Law Review, the Harvard Law Review Forum, the Vanderbilt Law Review, Constitutional Commentary, Quaderni Costituzionali (Italy’s premier journal of constitutional law), the Yale Journal of Health Policy, Law and Ethics, the Journal of Medicine and Philosophy, and Political Science Quarterly. He is also the editor of two book series for the University of Notre Dame Press – “Catholic Ideas for a Secular World” and “Notre Dame Studies in Bioethics and Medical Ethics.” Snead teaches Law & Bioethics, Health Law, Torts, and Constitutional Criminal Procedure.

In addition to his scholarship and teaching, Snead has provided advice on the legal and public policy dimensions of bioethical questions to officials in all three branches of the U.S. government, and in several intergovernmental fora. Prior to joining the law faculty at Notre Dame, Snead served as general counsel to The President’s Council on Bioethics (Chaired by Dr. Leon R. Kass), where he was the primary drafter of the 2004 report, “Reproduction and Responsibility: The Regulation of New Biotechnologies.” He has testified in the U.S. House of Representatives on regulatory questions concerning RU-486 (the abortion pill). In 2013, he testified in the Texas state legislature on the constitutionality of a proposed fetal pain bill. Snead led the U.S. government delegation to UNESCO and served as its chief negotiator for the Universal Declaration on Bioethics and Human Rights, adopted in October 2005. He served as the U.S. government’s Permanent Observer to the Council of Europe’s Steering Committee on Bioethics, where he assisted in its efforts to elaborate international instruments and standards for the ethical governance of science and medicine. In conjunction with the American Association for the Advancement of Science, he has lectured to state and federal judges on the uses of neuroimaging in the courtroom. He regularly serves as an expert witness on bioethical matters before federal courts.

In 2008, he was appointed by the director-general of UNESCO to a four-year term on the International Bioethics Committee, a 36-member body of independent experts that advises member states on bioethics, law, and public policy. The IBC is the only bioethics commission in the world with a global mandate. In 2016, he was appointed to the Pontifical Academy for Life, the principal bioethics advisory body to Pope Francis. He is also an elected fellow of The Hastings Center, the oldest independent bioethics research institute in the world.

LAW73828, Bioethics and the Law Seminar

What It Means to be Human: The Case for the Body in Public Bioethics (Harvard University Press 2020)

Classics of Catholic Culture: An Edited Anthology with Commentaries (edited with Alasdair MacIntyre and Margaret Cabaniss)(under contract with University of Notre Dame Press)

Fearfully and Wonderfully Made: The Catholic Church’s Position on Abortion, in Alireza Bagheri, ed., Global Positions and Practices, Religious and Legal Perspectives (with Laura Wolk) (Springer 2021).

Law, Religion, and the Physician-Patient Relationship in Spirituality and Religion within the Culture of Medicine: From Evidence to Practice (with Michael Moreland) (Oxford University Press) (2017).

The Truth, Goodness, and Beauty of Adoption in Accompanying Life: New Responsibilities for the Technological Era (XXIII General Assembly of the Pontifical Academy for Life)(2017).

The (Surprising) Truth about Schiavo: A Defeat for the Cause of Autonomy 22 Constitutional Commentary 383-404 (2005) (peer reviewed).

The Patentability of Human Embryos in the U.S. and E.U.: A Comparative Perspective __ Quaderni Costituzionali __  (with Professor Lorenza Violini, University of Milan) (in progress)

The Limits of Federal Funding for Embryo Research in America: A Recent Conflict, __ Quaderni Costituzionali __  (in draft)

The Pedagogical Significance of the Bush Stem Cell Policy: A Window into the Nature of Bioethical Regulation in the U.S., 5 Yale Journal of Health Policy, Law & Ethics 491-504 (2005) (peer reviewed) (invited submission) (reprinted in Judith F. Daar, Reproductive Technologies and the Law (Lexis 2012)).

Bioethics and Self-Governance: The Lessons of the Universal Declaration on Bioethics and Human Rights, Journal of Medicine and Philosophy, 34: 204-222 (2009) (invited contribution to symposium issue) (peer reviewed).

Neuroimaging and Capital Punishment, 19 The New Atlantis: A Journal of Technology and Society 35 (2008)

On the Patentability of Genetic Resources (white paper prepared at the request of the Diplomatic Corps of the Holy See) (with Joseph Ganahl) (July 2013).

The Pro-Life Movement Can’t Stop at the Unborn (with Mary Ann Glendon), The Washington Post, June 29, 2022.

Abortion Would Be Best Governed by Legislatures, The Economist, June 22, 2022.

Critics of Texas’ Convoluted Abortion Law Have A Point. The Solution is to Overturn Roe v. Wade., The Washington Post, September 7, 2021.

To Heal America’s Wounds, We Need to Recall that We Belong to One Another, The New York Post, October 13, 2020.

The Supreme Court Should Protect Babies with Down Syndrome, Public Discourse, January 15, 2019 (https://www.thepublicdiscourse.com/2019/01/48245/) (with Mary O’Callaghan)

Abortion in the U.S.: Actually, its laws are among the world’s most permissive, The Irish Times (https://www.irishtimes.com/opinion/abortion-in-the-us-actually-its-laws-are-among-the-world-s-most-permissive-1.3459718), April 13, 2018.

The Legacy of a Pro-Life Giant, Columbia Magazine (http://www.kofc.org/en/columbia/detail/legacy-pro-life-giant.html), January 1, 2017.

Protect the Weak and Vulnerable: The Primacy of the Life Issue, Public Discourse, August 22, 2011 (invited essay).