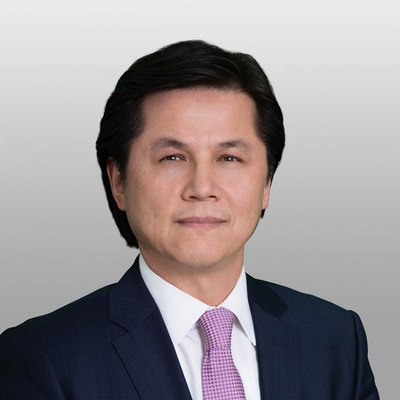 Turkel was born in a re-education camp in western China at the height of the infamous Cultural Revolution. His mother had been detained when she was six months pregnant while his father, a professor, was taken to a separate forced labor camp.

Turkel and his family were subjected to these horrors for the simple, innocent fact that they are Uyghurs — people who have courageously refused to abandon their Muslim faith and culture despite severe oppression from the Chinese Communist Party.

Turkel is now a U.S.-educated attorney and leading human rights advocate whom House Speaker Nancy Pelosi appointed to the U.S. Commission on International Religious Freedom. Turkel’s inspiring personal story and skilled advocacy have drawn the world’s attention to the Chinese government’s ongoing abuses against the Uyghur people, millions of whom continue to work under slavery conditions and face torture, rape, forced sterilization and abortion, constant political indoctrination, and even execution.

G. Marcus Cole, the Joseph A. Matson Dean and Professor of Law at Notre Dame Law School, said Turkel is the ideal representative to receive the first Notre Dame Prize for Religious Liberty.

“Commissioner Nury Turkel represents everything that the Notre Dame Religious Liberty Initiative stands for,” Cole said. “He has been a tireless advocate for the Uyghur population suffering under the brutal oppression, imprisonment, and murder inflicted by China’s Communist Party. He has been a voice for the victims against the most powerful perpetrators of human rights abuses in the world. At Notre Dame Law School, we are proud to confer our highest honor in support of religious freedom to Commissioner Turkel.”

Turkel said he is humbled to be recognized by the Religious Liberty Initiative.

“This honor reflects the heavy responsibility I feel personally and morally to stand for the principles reflected in the idea of religious freedom, particularly as concerns the genocide of the Uyghur people,” he said.

“I cannot fully rejoice in recognition while such brutal violations of religious freedom and human dignity persist. This genocide and its implications, the culmination of decades of oppression, looms dark and threatening in our world,” Turkel said. “This important summit brings a glimpse of hope, not because of myself, but because the importance of the value of freedom of religion is being magnified. Religion itself is an enormous threat to the Chinese Communist Party because it threatens their very existence. The CCP strives to establish itself as the only authority over the lives of the people. The very idea of morality, of right and wrong, and freedom to use one’s mind and heart to make an independent choice is antithetical to the goals of this authoritarian regime.”

The Religious Liberty Summit’s schedule on June 28 will also include a keynote address by His Eminence Timothy Cardinal Dolan, the Archbishop of New York, as well as panel discussions on interfaith cooperation, religious liberty and the media, overcoming the polarization of religious liberty, and international threats to religious liberty.

The schedule on June 29 will include a book discussion with Asma T. Uddin, author of The Politics of Vulnerability: How to Heal Muslim-Christian Relations in a Post-Christian America.

The summit will not be open to the general public for in-person attendance, but several sessions will be broadcast live on the Law School’s YouTube channel.