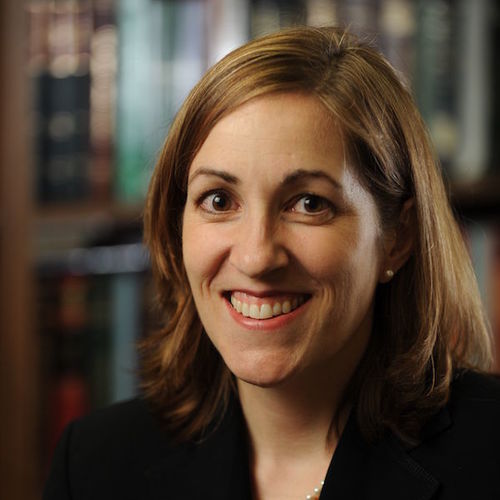 Patricia L. Bellia teaches and researches in the areas of constitutional law, administrative law, cyberlaw, electronic surveillance law, and copyright law. She is co-author of a leading cyberlaw casebook and has published several articles on internet law (particularly surveillance and privacy issues) and separation of powers. Bellia joined the Notre Dame faculty in 2000 and has also served as a visiting professor at the University of Virginia Law School (2007).

Bellia earned her A.B. summa cum laude from Harvard University in 1991, where she was elected to Phi Beta Kappa. Before attending the Yale Law School, she worked at the Carnegie Endowment for International Peace, serving as an editor for Foreign Policy magazine and co-authoring a book on self-determination movements. At Yale, she served as editor-in-chief of the Yale Law Journal, executive editor of the Yale Journal of International Law, and student director of the Immigration Legal Services clinic. Upon graduation in 1995, she clerked for Judge José A. Cabranes of the United States Court of Appeals for the Second Circuit and Associate Justice Sandra Day O’Connor of the Supreme Court of the United States. Following her clerkships, Bellia worked for three years as an attorney-adviser in the Office of Legal Counsel of the United States Department of Justice.

Since 2009, Bellia has served as the chair of the University’s Faculty Board on Athletics (FBA), the principal advisory group to the President on educational issues related to intercollegiate athletics. The committee monitors data on the admission of student-athletes and their academic performance, progress toward degrees, and graduation rates. It also assesses the effectiveness of institutional support for student-athletes. In addition to chairing the FBA, Bellia serves as Notre Dame’s faculty athletics representative to the National Collegiate Athletic Association.

PCAOB and the Persistence of the Removal Puzzle, 80 GEORGE WASHINGTON LAW REVIEW __ (forthcoming 2012)