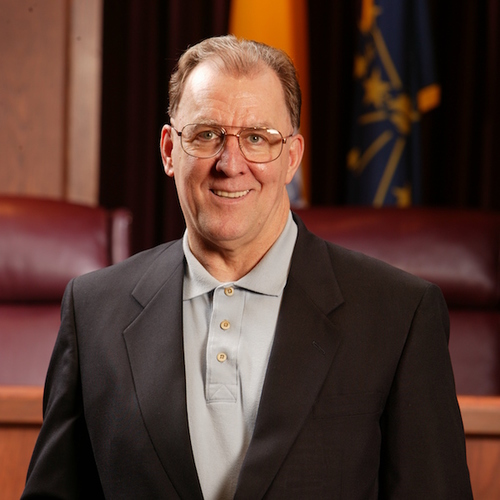 Smithburn’s areas of academic interest include evidence, family law, juvenile law and appellate review. He is a member of the Society of Legal Scholars (since 1986), the International Society of Family Law (since 2001), the Family Law Section of the American Bar Association (since 1987), the Honourable Society of the Middle Temple (since 1989), the Selden Society (since 1992) and the American Law Institute (2003). He also serves as a faculty member of the Indiana Judicial College (since 1976), the National Judicial College (since 1978), the National College of Juvenile & Family Justice (since 1979), the National Institute for Trial Advocacy (since 1979) and the National Association of Counsel for Children (since 1996). In 2001, Professor Smithburn was appointed by the Indiana Supreme Court as a Senior Judge, to serve by designation as a state trial court judge.

Professor Smithburn served as a member of the Indiana Supreme Court's Court Improvement Project Committee, which conducted a comprehensive study of Indiana's child-welfare system and prepared a 145-page report for courts, special advocates and the Indiana Family and Social Services Administration.

Professor Smithburn has also published several other articles and monographs in the areas of the judicial process, trial advocacy and practice, evidence, and family law, and has written numerous appellate briefs.