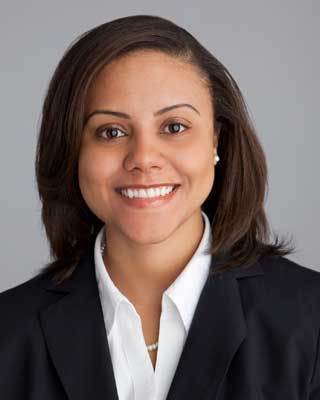 Veronica Root, an associate professor of law at Notre Dame Law School, has been selected to participate in the New Voices in Civil Justice Scholarship Workshop on May 10 at Vanderbilt Law School.

Root, who joined the Notre Dame Law School faculty in 2014, will be one of four junior scholars who present at the New Voices Workshop.

She will talk about the American Bar Association’s Model Rule 8.4(g) – which the ABA approved in 2016 to assert that it is professional misconduct for a lawyer to “engage in conduct that the lawyer knows or reasonably should know is harassment or discrimination on the basis of race, sex, religion, national origin, ethnicity, disability, age, sexual orientation, gender identity, marital status or socioeconomic status in conduct related to the practice of law.”

“The real problem is covert discrimination,” she said.

“Lawyers are unique in that they are a self-regulated profession,” she said. “The ABA has a lot of initiatives to create a more tolerant and inclusive membership. This is just one piece of that overarching strategy.”