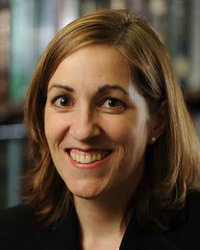 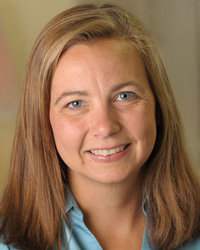 According to Dean Newton, “The decision by the President and Provost of the University to approve our recommendation to award named professorships to Tricia and Nicole will help us support two of our most productive and influential scholars. The appointments also represent a public and much deserved recognition of their contributions to both the law and the University. I couldn’t be happier to share this news.”

Professor Bellia, who teaches in the areas of constitutional law and law and technology, was appointed to serve as the William J. and Dorothy K. O’Neill Professor of Law. The chair was established through a gift from1928 Notre Dame alumnus William O’Neill and his wife, Dorothy. “I am grateful for the opportunity to serve as the O’Neill Chair,” Bellia said, “and for the enduring support this Chair provides the Law School to confront ongoing legal challenges in service of the common good.” Bellia is currently researching various questions of law and policy posed by new and emerging technologies.

The second recent recipient of an endowed chair is Professor Garnett, who teaches property, land use, urban development, local government law, and education policy. She is now a John P. Murphy Foundation Professor of Law. This chair was endowed in 1998 by the John P. Murphy Foundation of Cleveland, Ohio, to attract and retain scholars of the highest distinction who would make contributions to the Law School’s mission of educating students about the moral and ethical dimensions of the law. The Foundation itself was established by the late John P. Murphy, a 1912 graduate of the University, which presented him with an honorary doctor of law degree in 1952.

“I am very appreciative of this honor,” said Professor Garnett, “and very grateful for the Murphy Foundation’s support for my research and scholarship.”

Both Professor Bellia and Professor Garnett are widely known for their rigorous scholarship and cutting-edge research on contemporary legal and policy issues. Professor Garnett is a prolific scholar and nationally recognized expert on education and urban policy issues. Her most recent book (co-authored with NDLS Professor Margaret F. Brinig) is a critically acclaimed examination of the effects of Catholic school closures on urban neighborhoods, “Lost Classroom, Lost Community: Catholic Schools’ Importance in Urban America” (University of Chicago Press, 2014). Professor Bellia is the co-author of a leading cyberlaw casebook and has published a number of influential articles on separation of powers and internet law (particularly surveillance and privacy issues), including a groundbreaking article analyzing the issues raised by the disclosures of classified U.S. documents on the WikiLeaks website.