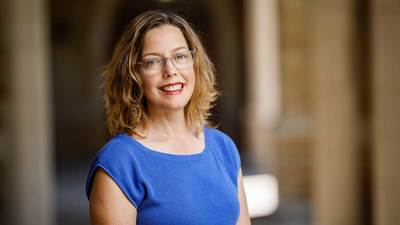 “Turkey’s ground and air offensive on Syria, made possible by a United States military withdrawal, violates the fundamental law of the international community,” O’Connell says. “Operation Peace Spring is in breach of the central principle of the United Nations Charter, the prohibition on the use of force. Any serious violation of the prohibition is aggression.

“The new offensive is not Turkey’s first unlawful attack on Syria,” she says, “though it is the most serious. This time Turkey’s military objective is to take and hold a 20-30 mile ‘buffer zone’ along the entire Turkish-Syrian border. It will then move 2 to 3 million Syrian refugees into the zone. ‘Buffer zone’ is not a term of art in international law but ‘occupation zone’ is. That is what Turkey has planned, and it, too, will be unlawful.”

As the invasion began, Turkey sent a letter to the United Nations Security Council reporting on its claim to be acting lawfully, though O’Connell says the arguments are deeply flawed.

“Under Charter Article 51, a state may use military force in self-defense ‘if an armed attack occurs,’” O’Connell explains. “Turkey’s letter doesn’t mention this clear condition. Instead Turkey complains of ‘armed harassment’ by Kurdish fighters, as well as future threats. Neither comes close to satisfying the legal conditions of self-defense.

“Ironically, Russia criticized European members of the United Nations Security Council for failing to accurately and clearly condemn Turkey’s violation of international law. Russia refused to support their statement because it omitted any reference to the illegality of Turkey’s ‘military presence in [Syria] … and the need to terminate it immediately.’ The irony lies in the fact that Russia has committed a similar violation by unlawfully occupying Crimea, sovereign territory of Ukraine.”

United States Ambassador Kelly Craft warned Turkey that “failure to play by the rules, to protect vulnerable populations, failure to guarantee that ISIS cannot exploit these actions to reconstitute, will have consequences.” She failed to say that Turkey has already violated the most important rule, the one prohibiting aggression.

“It is that violation of international law that has led to Ambassador Craft’s concerns,” O’Connell says. “It is the duty of all members of the Security Council to support the international law of the charter on peace and security.”

O’Connell is Notre Dame’s Robert and Marion Short Professor of Law and Research Professor of International Dispute Resolution in the Kroc Institute for International Peace Studies. She is author of “The Popular but Unlawful Armed Reprisal,” and is co-author of “Self-Defense against Non-State Actors.” She has served as a Fulbright Fellow at the Norwegian Nobel Institute and also has been a professional military educator for the U.S. Department of Defense.

Originally published by Shannon Roddel at news.nd.edu on October 15, 2019.