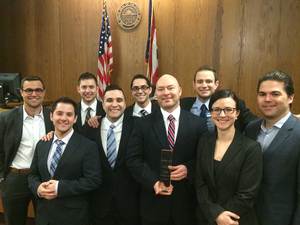 The Law School’s AAJ national team advanced to the final four of the American Association of Justice National Student Trial Advocacy Competition in Pittsburgh this past weekend.

“Words cannot do justice to the accomplishment of these student advocates in reaching the final four of the AAJ National Competition,” said Professor Joel Williams, a team coach. “It is an accomplishment that can never be taken away and it produced memories for life. As coaches, we are humbled by their dedication and abilities.”

Notre Dame was among 14 regional champions to emerge from the first round of competition that involved 224 law school teams from around the country. 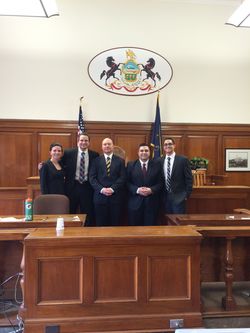 “Each and every member of this year’s team is responsible for our win at the regional competition and reaching the national semifinal,” Professor Singer said. “All of our team members are prepared to have extremely bright futures as litigators.”