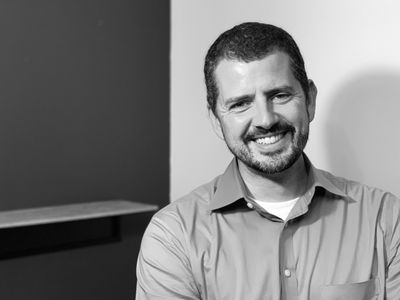 For Aaron Stoll ’12 J.D., the benefits of Notre Dame Law School’s Loan Repayment Assistance Program (LRAP) allow him to work as a public defender in his hometown of Fort Wayne, Ind., where he provides compassionate and competent counsel to low-income clients.

Right after graduating from law school, Stoll worked as a deputy prosecuting attorney for the Allen County Prosecutor’s Office in Fort Wayne. There he tried hundreds of cases, including many that were jury trials.

Two years ago, he reached a point in his career as prosecutor that led him to make a change. He moved to the defense side and started practicing as a criminal defense attorney. He opened his own law firm, Stoll Law, and is now a public defender for Allen County. He mainly represents clients assigned to him through the court, but he does take on private defense cases as well. He represents clients in all types of criminal felony and misdemeanor crimes and also does expungement and sentence modification work.

Stoll says that LRAP played a large factor in his career path. Having LRAP, combined with the federal government’s Public Service Loan Forgiveness Program, gave him the confidence to enter, and to stay, in public service work. While the cap on LRAP benefits is $15,000 per year, Stoll has calculated that he derives a total of $30,000 in loan relief annually from the combined benefits of LRAP and the federal program.

He got his first taste for litigating while participating in Notre Dame Law School’s Moot Court, receiving the A. Harold Weber Award for outstanding achievement oral advocacy. He said after that experience, “I wanted to figure out the fastest way to get into the courtroom."

During one of his law school summers, he interned for the Allen County Prosecutor's Office. A mentor there allowed him to participate in a lot of casework, and he was hooked.

Now as a public defender, Stoll says he helps low-income people who deserve good legal representation, even when they have made mistakes. While acquittals are satisfying, he says, the bigger goal is rehabilitation for his clients. Stoll says many people he defends are likely going to end up dead if they don’t get help.

“I try to give my clients a chance to break their cycle,” Stoll said. “A fair plea deal or getting them into the right treatment program or halfway house can lead to meaningful progress in their life. If you steer them in the right direction, you will see impressive results.”

While he is their attorney first, he serves somewhat as a mentor and says it is gratifying when he hears a year later, for example, about a former client who has gotten help and is moving their life forward in a positive way.

Stoll says he feels people who work in the justice system are trying to do the right thing. He has seen overwhelming good faith on both sides, and it is frustrating for him to hear how the justice system is often portrayed in our society. He hopes he is contributing in a small way to a better understanding.

LRAP has allowed Stoll to meet his long-term goals of continuing public service work, which aligns with the reason he went to law school in the first place — to help people.