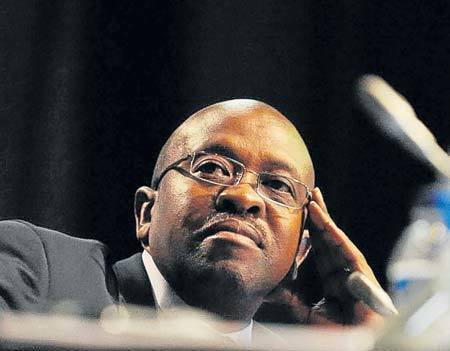 Mbuyiseli Madlanga, LL.M. ’90, Justice of the Constitutional Court of South Africa will teach and participate in several events in April as the Judge James J. Clynes, Jr., Visiting Chair. Madlanga, will teach a course on the ethics of litigation within the judicial process and co-teach a course on comparative constitutional law. He will also participate in a lecture series organized in conjunction with the Center for Civil and Human Rights.

“I am proud to be a Domer,” Madlanga said. “Proud because I see the results of what Notre Dame has to offer all around me in South Africa. I feel blessed that I managed to rise to the position of being part of the bench of the apex court of my country.”

The Constitutional Court of South Africa was established in 1994 as the centerpiece of South Africa’s transition from apartheid to democracy. According to international law experts, the court is one of the world’s most respected tribunals, known and cited for its jurisprudence in many areas of human rights law, including capital punishment, housing, health care, and other economic and social rights issues.

“Justice Madlanga’s career in South Africa — along with those of the other distinguished South African alumni who will join him on campus — is a vivid indication of the impact that Notre Dame’s human rights degree programs continue to have around the world,” said CHHR Assistant Director and Concurrent Assistant Professor of Law, Sean O’Brien.

Madlanga will participate in a panel discussion with fellow LL.M. alumni at 12:30 p.m. Thursday, April 14, in 1130 Eck Hall of Law Engaging South African Constitutional Justice. The conversation will examine the progress and continued challenges in South Africa. At 5:30 p.m. that day in the same location, he will deliver the Clynes lecture, Judging According to Personal Attributes: Tension with the Oath of Office?

The series will conclude Friday, April 15, in 3140 Eck Hall of Law with a symposium South African Justice: 20 Years of Theory and Practice. Event organizers said the Journal of International and Comparative Law’s annual symposium will review the origins and jurisprudence of the South African constitution and draw insights into the legal advances that have been made in light of it.

“The CCHR is grateful for the Law School’s support of this visit through the Clynes Chair, and we are confident that all of the South-Africa-related events will be engaging and educational,” said Jennifer Mason McAward, acting director of the CCHR and associate professor of law.

In 1990, Madlanga received his Master of Laws degree in international human rights law from Notre Dame Law School’s Center for Civil and Human Rights. He was among the first graduates of an innovative degree program founded in 1988, which has since graduated over 300 human rights lawyers from more than 80 countries.