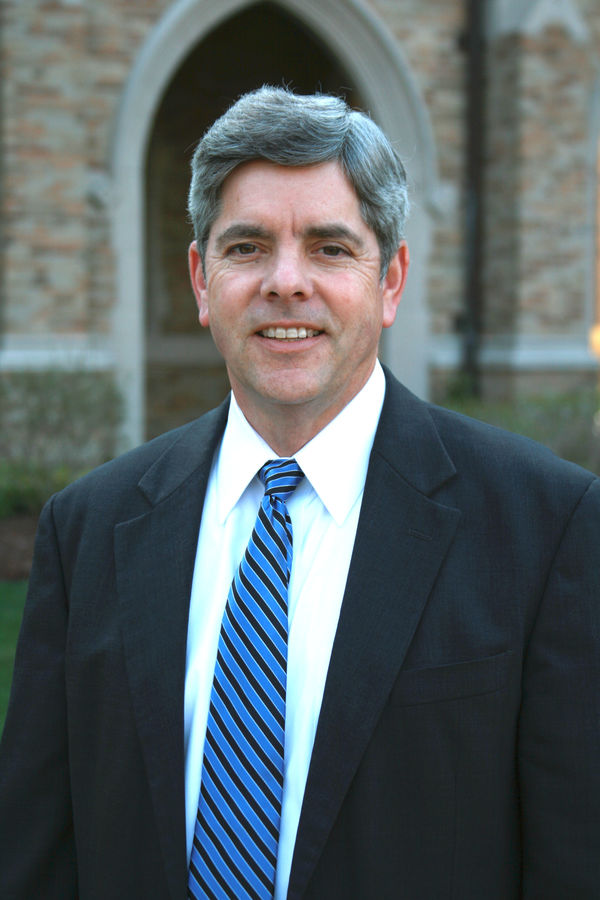 Robert L. Jones, a clinical professor of law and associate dean for experiential programs at Notre Dame Law School, has been selected to receive this year’s Rev. William A. Toohey, C.S.C., Award for Social Justice.

The University of Notre Dame presents the award each year to a faculty member who has shown dedication to teaching and research that emphasize the social-justice dimension of the Gospel in an exemplary way.

“I was actually very close to Father Toohey when I was an undergrad at Notre Dame, and he was a big part of the reason that I chose to pursue a public-interest career path,” Jones said. “It’s very moving to get an award that’s named for him.”

Toohey was the head of Campus Ministry from 1970 until his death in 1980, and his dynamic homilies attracted large crowds to the 12:15 p.m. Mass on Sundays at the Basilica of the Sacred Heart.

“I used to attend that Mass, and I got to know him through Campus Ministry activities,” said Jones, who earned his bachelor’s degree in 1980 at Notre Dame. “Social justice was a major theme of Father Bill’s preaching, and of his work with students and faculty and alums.”

Jones taught and supervised students in a general civil practice at the Notre Dame Legal Aid Clinic from 2002 to 2012. Currently, he teaches in a variety of experiential learning programs, including the Notre Dame Law in Chicago Program, the Lawyering Practice Externship, the Appalachia Externship, and the GALILEE Program – an immersion experience in which law students learn about legal problems that affect poor people in urban areas.

He said that being selected to receive the Toohey Award is a reflection of the efforts that students have devoted to the Law School’s experiential programs.

“There are a lot of people at the Law School who contribute to social-justice concerns in the curriculum and in volunteer activities,” Jones said. “The success of the programs that I teach in depend on the involvement and leadership of students. This is really a testament to students’ interest and engagement and commitment to these ideals that I think are at the heart of Notre Dame’s mission.”

“Bob has dedicated his professional life to helping the students and future lawyers at NDLS bring legal services to the least-powerful members of our society,” she said. “I am delighted that he is now being honored for this important work.”

The Rev. William A. Toohey, C.S.C., Award for Social Justice and other 2017 faculty honors will be presented May 23 at the President’s Dinner for Faculty in the Joyce Center Fieldhouse.