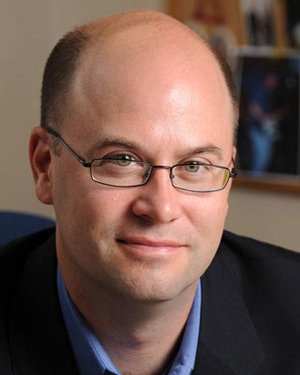 Professor Richard Garnett has been appointed as The Paul J. Schierl/Fort Howard Corporation Professor of Law.

In announcing the appointment, Dean Nell Jessup Newton noted that he will be just the third scholar to hold this prestigious chair. Professor Thomas L. Shaffer was the first, and Professor Robert Rodes, who died Nov. 25, 2014, was the most recent.

“Bob Rodes and Tom Shaffer were mentors and teachers for me, and they are among my intellectual heroes,” Garnett said. “It’s an honor to be associated with them and their work. I’ll do my best to contribute to the important conversations about law and religion that they helped to start.”

Professor Garnett was named the founding Director of the Law School’s Program on Church, State, and Society in 2010. This interdisciplinary program aims to enrich students’ experiences and learning and also to be a major platform for scholarship on the role of religious institutions, communities, and authorities in the social order. He is currently completing a book dealing with these questions, “Two There Are: Understanding the Separation of Church and State.”

“Professor Garnett is a prolific scholar who focuses his work on constitutional law issues, especially those relating to the freedoms of speech, association, and religion,” Dean Newton said. “His scholarship has provided important intellectual and constitutional foundations for the protection of religious liberty, and his commentaries have helped spread these ideas to a wider audience.”