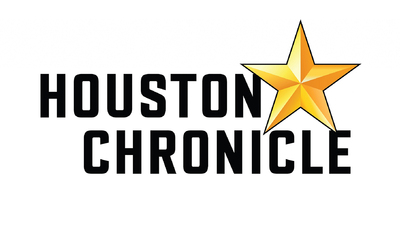 The piece is about Ramirez v. Collier, which the U.S. Supreme Court heard on November 9. The case’s plaintiff, John Henry Ramirez, is a convicted murderer on death row who is asking the state of Texas to allow his pastor to pray over him and touch him during execution.

The editorial, originally published in the Houston Chronicle, is reprinted below.

Opinion: Those condemned to die deserve religious liberty too

In 2004, John Henry Ramirez stabbed to death a convenience store clerk and robbed him of $1.25 — a murder for which the state of Texas sentenced Ramirez to die. Seventeen years later, as Ramirez awaits that punishment, he finds himself before the Supreme Court asking not for his physical freedom or even for his life but instead for the simple right to have his pastor pray over him — vocally and with physical contact — during his final moments in the execution chamber.

In September, the Supreme Court blocked Texas from executing Ramirez so that the court can consider his claim that the state must allow his pastor to lay hands on him and pray aloud as Ramirez dies. That claim does not ask difficult questions of what the court or our society should think of the death penalty. Ramirez instead asks only that those individuals who are to be executed at least be allowed their fundamental right to religious freedom in their final moments.

The Supreme Court will hear Ramirez’s argument on Nov. 9. The court should have no trouble accommodating Ramirez’s demand — but nor should the state of Texas.

Texas already permits religious advisers to be present in the execution chamber. The state has offered no good reason for why those same ministers must stand silent while they are there.

The state argues that it must control the execution chamber so that it may carry out executions securely and efficiently. Fair enough. But if Texas acknowledges that it can do so when a pastor is standing near the prisoner (and armed prison guards), why not when that same pastor quietly prays or holds the prisoner’s hand? And why can’t Texas allow exactly what other states like Alabama manage to permit in their own execution protocols?

Indeed, states have allowed audible clergy prayer and physical touching at the time of execution for centuries. Even Texas itself permitted these practices as recently as a few years ago. With no actual impediment to the execution of prisoners, it is difficult to see in Texas’ newest policy anything other than callousness toward those it has condemned to die.

There can be no doubt of the importance of religious exercise at the moment of one’s death. Across many faith traditions, the moments before death are a critical time for repentance in the hope of redemption. For some religions, that critical exercise includes audible prayer and physical touch as the dying person makes peace with God.

Yet, Ramirez’s case comes third in a series of Texas’ shifting efforts to thwart religious practices like these. In 2019, the Supreme Court ruled that Texas could not enforce a discriminatory policy that allowed religious ministers of only some faiths to enter the execution chamber. Texas responded by taking away that right for all and for a brief time barred any spiritual or religious adviser from entering the execution chamber. A federal court later found that Texas had failed to justify that policy as well.

Texas again has revised its policy to allow a bare minimum of religious exercise in the execution chamber — permitting religious advisers to be present in the room but to do nothing more. For the third time in two years we must ask the state: why? Why such reluctance to accommodate these simple requests?

Texas’ fight for religious liberty must include the voices of all members of its community. We hope Texas will take an important step in this direction by protecting these fundamental rights even for those, like John Henry Ramirez, whom the state has condemned to die.