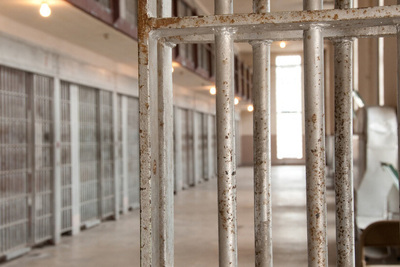 Notre Dame Law School’s Religious Liberty Clinic filed an amicus brief with the U.S. Supreme Court this week to assert that all people — including those who are incarcerated — have a fundamental right to live in accordance with their religious beliefs.

The brief was filed in support of a petition asking the Supreme Court to review and reverse the U.S. Court of Appeals for the Eleventh Circuit’s decision in Smith v. Ward.

Smith v. Ward involves a Muslim man named Lester Smith who is incarcerated in Georgia. Smith has been fighting the prison system in Georgia for more than 10 years in an attempt to gain permission to wear a full-length beard, as his faith requires.

Smith filed a lawsuit in 2012 after the Georgia Department of Corrections, citing safety and security risks, denied his request to grow a beard that is more than a half-inch in length. The U.S. Court of Appeals for the Eleventh Circuit also ruled against Smith, despite the fact that most prison systems in the United States allow inmates to have untrimmed beards.

The Eleventh Circuit also vacated a partial remedy that the district court in Georgia had awarded Smith, which would have allowed him to grow a beard up to three inches long. The district court found that the prison could not justify any shorter limitation, but the Eleventh Circuit reversed, holding that Smith could not be awarded any partial relief on his request to grow an untrimmed beard. As a result, Smith is still required to comply with the prison’s more-severe half-inch limitation.

The Religious Liberty Clinic filed the amicus brief on behalf of the Religious Freedom Institute, which is seeking to ensure that governments do not inhibit the free exercise of religion and that religious believers are entitled to the full measure of protections to religious practice under laws like the Religious Land Use and Institutionalized Persons Act. The RLUIPA has protected the religious freedom of incarcerated individuals to observe religious dietary restrictions, participate in sacraments, and possess religious texts.

“The trial court found that Georgia provided no rationale that could justify its strict ban on beards longer than half an inch in prison,” said John Meiser, supervising attorney for Notre Dame Law School’s Religious Liberty Clinic. “The Eleventh Circuit’s decision allowing Georgia to continue to enforce that unjustifiable ban flouts even the most basic understanding of RLUIPA and cries out for correction by the Supreme Court.”

In its brief, the Religious Liberty Clinic explains how the Eleventh Circuit’s opinion defies the RLUIPA, which demands relief when the government fails to justify a substantial burden on religious exercise.

In addition, the Eleventh Circuit’s rule contradicts the approach of other federal circuits. The Federal Bureau of Prisons and 38 state prison systems allow inmates to wear untrimmed beards. In 2015, the Supreme Court ruled in Holt v. Hobbs that an Arkansas prison policy violated the RLUIPA by preventing a Muslim man from growing a half-inch beard.

Finally, the clinic argues, the Eleventh Circuit’s rule forces religious believers to either accept an all-or-nothing approach to RLUIPA relief or negotiate against themselves. “[I]t forces religious claimants into the uniquely precarious position of either seeking the full relief that their religious exercise demands or undercutting their claims by specifying every partial compromise they might be willing to accept if complete relief cannot be won,” the brief states.

“The fundamental right to religious freedom is shared by everyone, including those, like Mr. Smith, who are in prison,” Meiser said. “It should not be hard for Georgia to respect that right and allow Smith the simple freedom to grow a beard — something 39 other prison systems allow without any issue. Georgia’s refusal to do so does not reflect serious penological concerns but an unwillingness to protect religious freedom in the way that federal law demands.”

“Whether it be the lack of religiously approved meals or prohibitions on praying and fasting, incarcerated Muslims are arbitrarily deprived of their constitutional right to free exercise daily,” Nasser said. “I was attracted to the Religious Liberty Clinic because I wanted to represent my community meaningfully. Although there are nearly 4 million Muslims in the U.S., our presence in the discussion and advocacy for religious liberty is limited. It was a privilege to join the conversation at the Supreme Court level and be able to advocate on behalf of Mr. Smith and the many other similarly situated Muslim men in prisons across the country.”