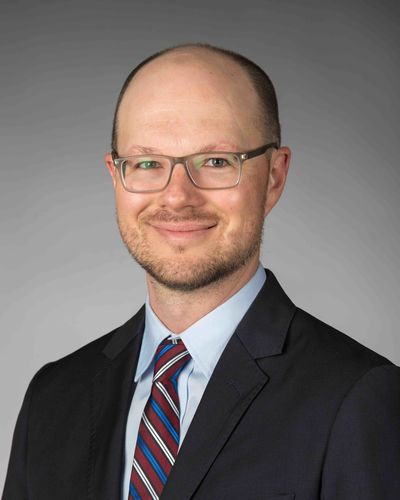 This will be the second time Yelderman has clerked for Gorsuch. He previously clerked for then-Judge Gorsuch in 2010-2011 on the U.S. Court of Appeals for the Tenth Circuit in Denver.

Yelderman, who joined the Notre Dame Law faculty in 2013, will be on leave from the Law School for the 2019-2020 academic year while serving as a clerk.

"Steve is a rising star on our faculty and in the IP field," said Nell Jessup Newton, Joseph A. Matson Dean and Professor of Law at Notre Dame Law School. "We hate to lose him for a year, but I am proud he is answering the call to serve Justice Gorsuch and the Court."

Yelderman said, "While I know the clerkship will be a very busy year, I see this as a kind of sabbatical in the sense that I’ll be exposed to new ideas and new legal problems. I hope to come back to Notre Dame with some new ideas and new perspectives on other areas of law that are not exactly what I’ve been doing for the past six years.”

“I really enjoyed working for then-Judge Gorsuch, and am very excited for the opportunity to work with him again,” Yelderman said.

One of Yelderman’s co-clerks will be Laura Wolk ’16 J.D., who will clerk for Justice Clarence Thomas during October Term 2019. Yelderman was Wolk’s faculty advisor when she was a first-year student at Notre Dame Law School.

Yelderman will be the 13th current member of Notre Dame Law School’s faculty who has clerked on the U.S. Supreme Court.