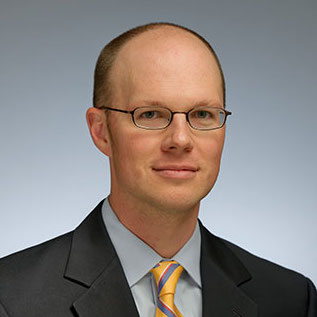 In WesternGeco LLC v. ION Geophysical Corp., the U.S. Supreme Court will consider a question that hinges on, of all things, the high seas.

Notre Dame Law Professor Stephen Yelderman filed an amicus brief in the case, which addresses how damages should be measured for patent infringement. U.S. Patent law stops at the U.S. border, but what happens when a patent owner and the infringer compete in the ocean?

The Supreme Court’s decision in WesternGeco v. ION Geophysical will determine whether profits lost outside the U.S. can be recovered as damages for infringement that takes place inside the United States.

Yelderman, who filed his brief in support of the patent holder, WesternGeco, makes the argument that limiting damages to profits lost inside the United States takes the territorial limit of patent law too literally. The court should instead apply the law similarly to how it was applied in the years leading up to the passage of the Patent Act of 1952.

“If your goal is to make the patent holder whole, you have to take into account consequences wherever they happened,” Yelderman said. “I’ve spent a lot of time looking at old cases involving many different kinds of torts. They all were open to looking at international consequences of domestic wrongs.”

The Supreme Court is scheduled to hear arguments in the case on April 16.