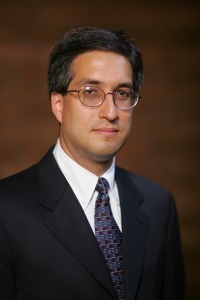 When Compassion International announced this month that it was closing its charitable operations in India – where it provided 145,000 children with meals, medical care, and tuition payments – the Colorado-based organization joined a growing list of casualties in a troubling global trend.

More than 50 countries have increased their restrictions on foreign aid in recent years, causing severe complications for non-governmental organizations that rely on cross-border funding. One of the concerning aspects of the trend is that it’s happening not just in authoritarian regimes such as Russia, China, and Egypt but in democracies like India, as well.

Lloyd Hitoshi Mayer, a Notre Dame Law School professor whose research interests include nonprofit organizations, has authored a paper that identifies this problem facing NGOs and explores options for countering the restrictions. The paper, titled “Globalization Without a Safety Net: The Challenge of Protecting Cross-Border Funding of NGOs,” will be published in the Minnesota Law Review during the 2017-18 academic year.

The variety of new restrictions on NGOs includes additional registration and reporting obligations, requirements to obtain government approval before seeking or accepting funding, and mandates that funding be routed through government agencies or used only for specific activities. For example, India’s government shut down Compassion International based on the suspicion that it was converting people to Christianity – a claim the organization denies.

Mayer said the crackdown on cross-border funding is the result of three factors: a steady rise over the years in the amount of money flowing from Western donors to NGOs in other countries, an increase in funding designated for human-rights protections and pro-democracy efforts, and an overall swelling of nationalist feelings in many countries.

While business investors can rely on a network of international treaties enforced by an effective and neutral international system of arbitration, nothing comparable provides recourse for NGOs.

Many of the new restrictions on NGOs violate international law, which provides that the right to receive cross-border funding is an essential aspect of freedom of association, but the treaties that codify that right lack effective avenues for remedying violations, Mayer explains in the paper. Plus, he adds, while it may be possible to invoke the protection of broadly worded investment treaties in some instances, there are legal and cost barriers to doing so that NGOs could only overcome with the aid of third-party financing or pro bono assistance.

For the foreseeable future, Mayer writes, both recipients and providers of cross-border funding for NGOs will need to consider alternate strategies to respond to the escalating restrictions being placed on them. In some countries, domestic courts will protect funding flows. In others, NGOs might have to try to convince local officials to apply the law fairly, lobby the legislature to change the laws, or use diplomacy.

“It creates a huge burden on both the funders and domestic NGOs that seek to challenge these restrictions, because the landscape is constantly changing, and they have to customize their response to every country where they’re involved,” Mayer said.

“The Compassion International example illustrates that even a large, sophisticated group with a major commitment and desire to continue its operations can find that those ad-hoc measures are insufficient,” he said, “even in a democratic country with close ties to the United States, such as India.”