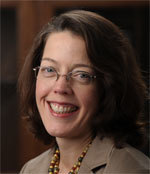 While in London on October 21, Professor Mary Ellen O’Connell delivered two lectures concerning the United States’ use of unmanned aerial vehicles as weapons of war. Her first lecture, entitled “International Law and the Use of Drones” took place at the Royal Institute of International Affairs and considered whether the use of drones is any more – or less – likely to conflict with international law than more conventional uses of armed force. Her second lecture, entitled “Obama’s Drone Wars,” was given later that day at The London School of Economics and Political Science and examined the Obama Administration’s escalating use of drone attacks in Pakistan and Yemen.