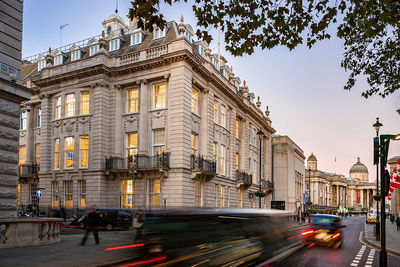 In an increasingly digital world, the routines of daily life rely upon constant connections that transcend borders and span the globe. But those connections also make governments, as well as businesses and other organizations, vulnerable to cyber attacks.

“There’s a recognition that cyber attacks can threaten U.S. national security, as well as that of our allies, and the question is: what’s the legal response?” he said. “Is the current legal framework adequate to deal with the threat?”

Such an attack could be devasting, Gurulé said. A foreign enemy could target a power grid of a large metropolis or a nuclear power facility, causing panic and potentially a catastrophic number of casualties.

“It’s a new frontier,” he said. “Gone are the days of war being fought entirely on kinetic, military grounds; geopolitical conflicts will be waged on a cyber battlefield.”

The event, Transnational Cyber Attacks: The Rapidly Evolving Threat to National Security and Legal Response, will bring together international law and security scholars from the United States and Europe.

“Cyber is one of those new security issues that erodes the previously clear boundaries between traditional military security and other areas of scholarly inquiry such as business and law,” Desch said. “But cyber war is not ‘coming,’ it is already here, with digital intrusions being a constant fact of life not only for governments in wartime but increasingly by business and other non-governmental actors in what is otherwise considered peacetime.”

The conference will feature two panel discussions, one led by Gurulé and one by Desch, as well as a keynote address from Steven Hill, legal adviser and director of the Office of Legal Affairs at NATO. The address, titled “Transnational Cyber Attacks: NATO's Security and the Legal Responses,” is part of the NDISC’s James P. Reilly Lectures in National Security.

Hill was appointed to his leadership position at NATO Headquarters in Brussels in February 2014. Prior to joining NATO, Hill served as counselor for legal affairs at the United States Mission to the United Nations, where he participated in multinational negotiations on the rule of law, sanctions, counterterrorism, peacekeeping, and the protection of civilians.

Gurulé said that NATO itself is in an interesting position when it comes to cybersecurity. The existing agreements among NATO’s member countries focus on traditional warfare. Cybersecurity could be in the future of that agreement, Gurulé said, but it needs to be better understood in a legal framework.

Notre Dame’s London Global Gateway is a natural fit for a transnational conference, Gurulé said. The location next to Trafalgar Square in central London should spark thoughts about cybersecurity between nations, especially between the U.S. and Europe.

“We want the London Global Gateway to become a prominent forum for discussion and debate of important legal and policy issues that affect our European allies and the United States,” he said.

The event is supported by the generous donation of the Thomas F. Fay Peace Through Law Endowment for Excellence.