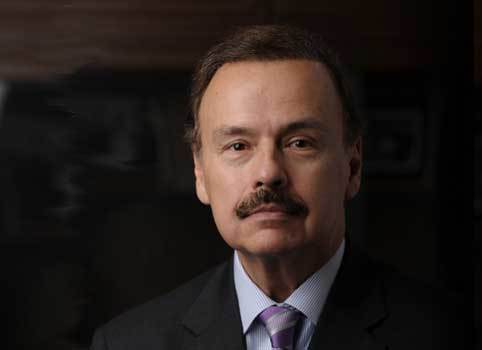 Notre Dame Law Professor Jimmy Gurulé played a leading role in filing two amicus briefs on behalf of the victims of terrorism in cases that will be argued in the U.S. Supreme Court’s 2017 term.

The amicus briefs were submitted on behalf of former U.S. counter-terrorism and national security officials, including former U.S. ambassadors and senior officials from the Departments of Justice, State, Defense, and Treasury, as well as the National Security Council.

“Private civil tort actions provide an invaluable supplement to the criminal justice process and the imposition of economic sanctions intended to deprive foreign terrorist organizations of funding, prevent terrorist attacks, and, ultimately, save innocent lives,” said Gurulé, who served as the Under Secretary for Enforcement, U.S. Department of the Treasury, from 2001 to 2003.

In Jesner v. Arab Bank PLC, No. 16-449, the U.S. Supreme Court granted certiorari to consider whether the Alien Tort Statute (ATS), 28 U.S.C. § 1350, categorically forecloses corporate liability. Respondent Arab Bank maintains that under the ATS foreign victims of terrorism are prohibited from suing banks and other corporate entities that provide financial services, funding, and other material support to international terrorist organizations.

In Rubin v. Islamic Republic of Iran, No. 16-534, the issue before the Supreme Court is whether 28 U.S.C. § 1610(g) of the Foreign Sovereign Immunities Act (FSIA), limits the attachment and execution of assets of state sponsors of terrorism to satisfy a judgment for terrorism-related injuries to only those assets that were used for a “commercial purpose.” This case involves a concerted effort to undermine one of the most effective terror-fighting tools: private lawsuits brought against state sponsors of terrorism like the Islamic Republic of Iran. Ironically, Iran’s narrow interpretation of the FSIA is being supported by the U.S. Department of Justice, which has filed an amicus brief in support of Respondent Islamic Republic of Iran.

“The outcome of these two cases could dramatically impact the efficacy of civil tort actions brought by terrorism victims against the financial sponsors, supporters, and sympathizers of foreign terrorist organizations,” Gurulé said.

The cases will be argued before the Supreme Court later this year.

Gurulé also drafted the amicus brief in Bank Markazi v. Peterson, No. 14-770, a case the Supreme Court decided last year. The brief successfully advocated in support of the constitutionality of the Iran Threat Reduction and Syria Human Rights Act of 2012, which allows for execution of funds held by the Central Bank of Iran to satisfy certain terrorism-related judgments against the Islamic Republic of Iran.