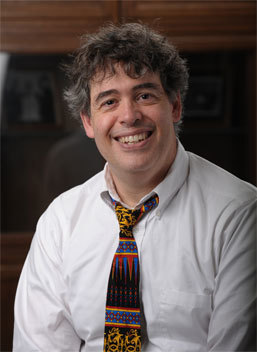 Professor Jay Tidmarsh will be speaking at George Washington Law School’s conference on “The Future of Arbitration” March 17 from 3:45-5:15 p.m. in the Jacob Burns Moot Court Room.

Joining Professor Tidmarsh to discuss “Proper Forum for Class Actions – Court or Arbitration?” will be Eric Tuchmann, General Counsel and Corporate Secretary of the American Arbitration Association; and Brian Wolfman, a Visiting Professor of Law and Co-Director of the Institute for Public Representation at Georgetown Law. Professor Tidmarsh will discuss whether and why courts should oversee class-action arbitrations to ensure that class members receive fair treatment in the arbitration.

In developing the conference, the organizers noted that, “Over the past several decades, the Federal Arbitration Act (FAA) has been increasingly used by businesses to divert claims from the courts into the arbitral forum that they consider more favorable to them, which in many cases means that, as a practical matter, the claims will never be brought. In almost every case, the Supreme Court has upheld the position of the person arguing that unwilling parties who signed agreements containing a mandatory pre-dispute arbitration provision can be required to pursue their claims in arbitration.

“Since the enforceability of such agreements is governed by the FAA, Congress can amend the FAA if it believes that those decisions produce undesirable results. The purpose of this conference is to debate the key policy questions surrounding various aspects of arbitration. The program will not be about what the FAA now permits and requires, but what it should permit and require.”