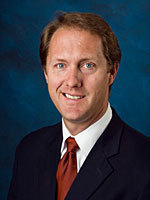 The CPR Institute is a nonprofit think tank and alliance of global corporations, law firms, scholars, and public institutions dedicated to the principles of commercial conflict prevention and alternative dispute resolution. The “Best Electronic Media Award” is presented annually to “a company, group, or individual that has produced exceptional electronic media that was focused on the field of Alternative Dispute Resolution.”

This year the award was granted to Kluwer Arbitration Blog, an international arbitration publication that Prof. Alford founded with Kluwer Law International. He is the General Editor and a regular contributor to the blog.

Prof. Alford joined the NDLS faculty in January 2012 and teaches and writes in a wide range of subject-matter areas, including international trade, international arbitration, and comparative constitutional law. Before entering the legal academy, he served as a law clerk to Judge James Buckley of the United States Court of Appeals for the D.C. Circuit, and Judge Richard Allison of the Iran-United States Claims Tribunal in The Hague, Netherlands. He practiced law with Hogan & Hartson (now Hogan Lovells) in Washington, D.C., and was also a senior legal advisor to the Claims Resolution Tribunal for Dormant Activities in Switzerland.