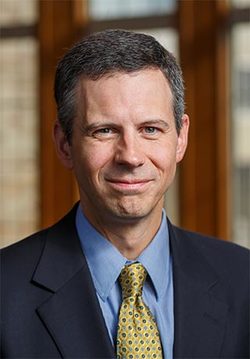 Professor A.J. Bellia joined Justice Antonin Scalia on a panel discussing the role of history in the field of Federal Courts at the annual meeting of the American Association of Law Schools (“AALS”).

The panel, sponsored by the Federal Courts Section of the AALS, considered the extent to which courts should rely on history in deciding questions of federal judicial power.  Much of how scholars and judges approach the jurisprudence of federal courts is heavily influenced by an originalist approach that places great weight on Founding-era understandings of the role of Article III in the constitutional framework, as well as the first statutory regulation of the federal courts, the 1789 Judiciary Act.  Recent scholarship has called into question whether an originalist and textualist style of reasoning should wield such heavy influence in the field, noting that in many other areas of constitutional law, prevailing doctrines diverge considerably from widely held expectations from the Founding and even Reconstruction periods to accommodate developments and functional considerations that the Founding generation(s) could not have anticipated.  This panel explored the role of history in federal courts jurisprudence today in light of such considerations.

The papers from the panel will be published in a spring issue of the Notre Dame Law Review.

Originally published by Denise Wager at constitutional-structure.nd.edu on January 08, 2015.